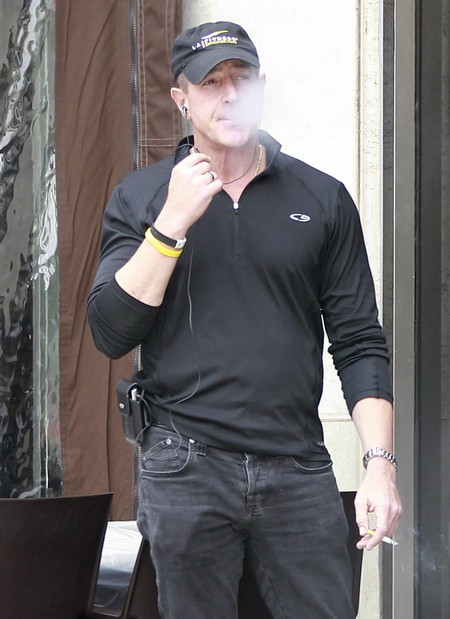 When directly asked if she thought Lindsay should play Elizabeth, Rosie was clear, “No. Because she’s had a lot of trouble doing every single movie, including [Saturday Night Live]. She was out and not at rehearsal and I think she’s not in a place to work.  I don’t think she’s right for the role, and I don’t think she’s capable at this point of doing what’s needed to portray that character. I think the interest level in her has waned significantly.”

Well Michael Lohan is not happy about this and he has come out fighting calling Rosie a washed up no-talent loser.  I don’t think Rosie was wrong in her thoughts that Lindsay is inappropriate to play Elizabeth but I do think she was wrong going on television and making the comments she did for no reason.  What a bully, she is just trying to get attention!

TMZ has more on what Michael said: “Who the hell is Rosie O’Donnell to judge anyone, especially Lindsay, who has far more talent than Rosie ever had?”  Lindsay’s talent isn’t limited to being a comedian or getting notoriety for adopting and raising a bunch of kids. Sure, [Lindsay] has her pitfalls, but she is 25, and how old is Rosie?” (50, in case you’re wondering).  Michael adds, “Two failed talk shows, a failed marriage, etc … He/she who is without sin. May they cast the first stone.”

What do you think, about Rosie’s comments, appropriate or should she have shut up and kept them to herself?  Hit the comments and let us know your thoughts!