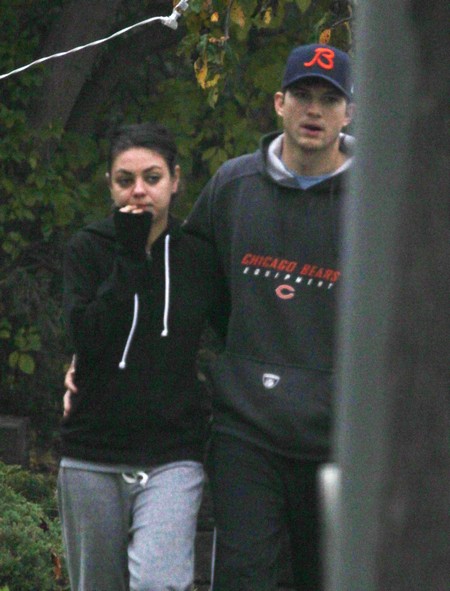 It has been well over a year in the making, but finally this week Ashton Kutcher filed for divorce from Demi Moore.  The actor had waited in order to give the often bonkers Demi an opportunity to come to terms with the end of their marriage. He tried to be a nice guy and let her file when she was ready. The problem was that Demi decided that instead of moving on she would rather play the vindictive woman scorned card.

It hasn’t been pretty watching her parade around with various, much younger men, basically flaunting her freedom and trying to convince everyone that this is the time of her life. She might be slightly convincing if it wasn’t common knowledge that she’s beyond pissed at Ashton for hooking up with Mila Kunis, his former costar. What has been a long-time friendship seems to have turned into a bonafide love affair this year and Demi has had no intention of severing the marriage herself.

Mila got sick and tired of not being able to have Ashton to herself and finally really leaned on him to put an end to Demi’s game and file for divorce himself. Last week Ashton obviously agreed that enough was enough and pulled the legal trigger himself.  According to a source close to Mila, “They have such a strong relationship — originally built on a great friendship — which now has blossomed into a beautiful love affair.”

I’m surprised she hasn’t put pressure on Ashton sooner. It has to be rough being totally committed but unable to take any more steps because an ex is holding up the process. I’ll bet Demi will find any way imaginable to continue holding things up too. Do you agree that Demi isn’t going to sign on the dotted line without even more of a fight? Tell us your thoughts in the comments below!