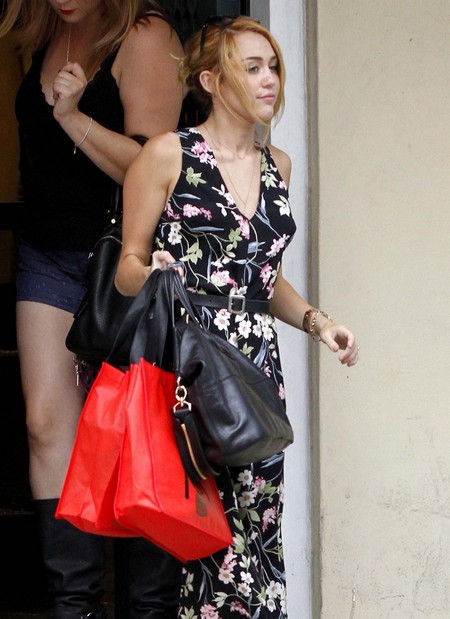 I guessed it at first that a marriage between Miley Cyrus and Liam Hemsowrth would never last, and now I find out that I may in fact be right on the mark. Our source reveals that the couple’s friends have said: “They love each other, but their relationship is a total roller coaster. None of their friends are expecting them to actually make it down the aisle.”  Miley Cyrus’ jealousy will be the ruin of her engagement.

How stupid is it to get engaged – the ring, the announcement and it is probably a big waste of time because it most likely will never ever happen? You are probably wondering what could make the couple’s friends feel this way, well apparently this all comes from Miley being extremely jealous about how Liam is considered a “sex symbol” which has made her really over-possessive, “Miley’s super-possessive of Liam and has a really hard time with his status as a sex symbol, she’s used to being the really famous one and it’s been very hard to deal with having a guy that all the women are throwing themselves at.”

Apparently Miley had a meltdown when Liam went out for drinks with Cameron Diaz, even though it was only for social purposes. Even after he was in the “Hunger Games,” Miley was jealous of his co–star Jennifer Lawrence because she thought she was after him. I swear Miley is acting like one of those crazy stalker girlfriends; she’s like the type that’ll read all your emails and texts to make sure you’re not cheating on her. If Miley is paranoid, then it’s probably because she has some personal issues. Oh wait! she does have personal issues and tons of them.

I guess all the pole dancing, boob slips, racy photos with daddy and bongs aren’t that appealing to Liam after all!