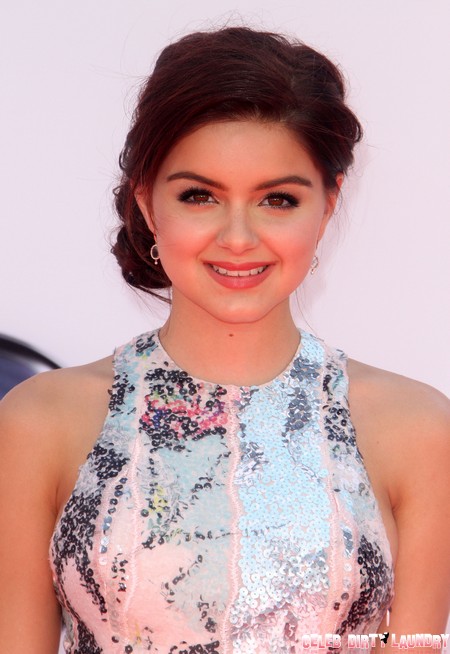 It seems not every young actress lives a charmed life.  Child services have removed Modern Family starlet, Ariel Winter, from her home amid reports of child abuse.

Ariel, who portrays Alex Dunphy on Modern Family, is currently living with her older sister, Shanelle Workman, after the Department of Children and Family Services had her removed by request of a judge.  The removal came about after allegations of physical and emotional abuse at the hands of her mother, Crystal Workman, proved to be true during an October 3rd guardianship hearing.  There are also reports that Ariel’s older sister went through a similar situation with their mom almost twenty years ago and was placed in foster care for 2 years.  Shanelle never returned to live with their mother.

Rumors have been swirling that Ariel is seeking legal emancipation so that she could live with her boyfriend, but those rumors have been unfounded. Remember the sad case of Macaulay Culkin – that didn’t work out so well for the lad. Macaulay was successfully emancipated from his greedy scoundrel parents but wound up being a junkie.

As of today Ariel is living with her older sister.  Her mother, Crystal, is ordered to stay at least 100 yards away.  Hopefully her television family will issue a statement about Ariel’s well being.

Ariel’s character, Alex Dunphy, plays an extremely smart and smart ass high school student whose family gets annoyed with her correcting them on a regular basis.  Her older sister on the show plays a character that regularly puts Alex down and is constantly embarrassed by her.

Ariel I’m sure facing your mother in court was tough, but job well done.  If your own mother can not appreciate the person that you are then it is best to surround your self with people who do.  But in the unlikely event that you are doing all of this to be with your boyfriend (I’m not buying this one), then I hope you can live with the consequences of a very public family court hearing.