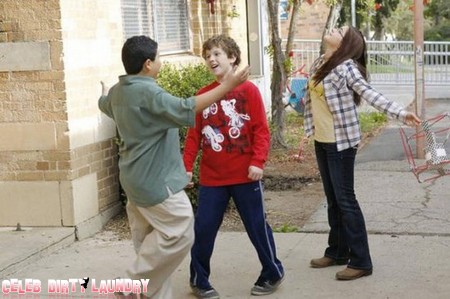 Did you watch Modern Family tonight? We did and we recapped it here!  It’s one of my family tv shows.  I love the message that families come in all shapes and sizes. Tonight poor Phil wanted help with a seminar and didn’t get it because Claire was too busy being competitive against her dad over Manny and Luke’s school project. What do you think, was it right for Claire and Jay to be so competitive?

Gloria was hilarious tonight when she was yelling at her family and told Jay it was because she loved them, this was so funny, didn’t it make you relate to them?

It was good to see the kids learn a lesson, when Claire and Jay got so insanely competitive over the egg project, Manny and Luke sure learned a lesson that being too competitive is not a good thing and they also realized they caused it by telling their parents about each other’s projects. What do you think, is not absolutely awesome that the show teaches good family values? But then again, Claire trying to bribe Alex for her egg project wasn’t good parenting, was it?

Mitch and Cam are back to the drawing board, they need to find another birth mother, do you think Mitch was being too picky?

In the end, Phil’s seminar bombed. Do you think it was nice of Gloria and Haley to take off on him and leave him alone? Or, do you think he should have been better prepared and not depended on his family for his job?

I felt sorry for Alex, she thinks Haley is bonding with her in the bedroom, having a meaningful conversation when she was really on her cell phone. Did you feel bad for Alex like I did?

What did you think of tonight’s show.  Sound out in the comments below and let us know and don’t forget to come back and visit us next week!