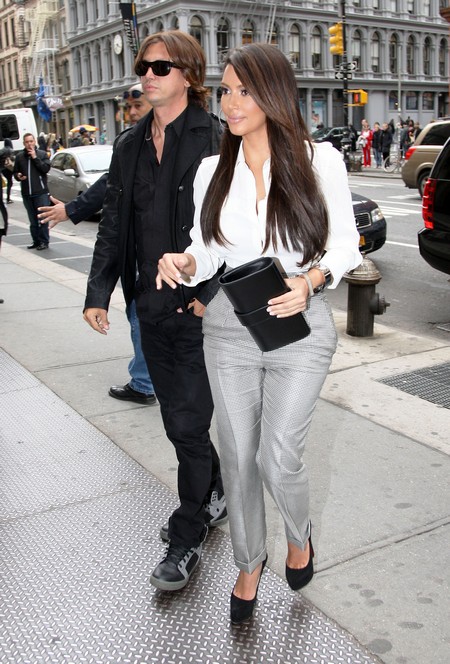 Kim Kardashian claims that the leaked nude photo of her cooking eggs that is scandalizing her family is of someone else.  Why would we doubt the Kimster – after all she has already appeared in a detailed sex tape with Ray J and regularly tweets all sorts of x-rated crap to show us how wonderful she is.  Kim probably wishes that it was her in the photo as the woman there is much prettier than she.

In any case Kim is sticking to her guns and denying that she is the naked woman who definitely looks like her.  The lady who is cracking eggs over a frying pan is wearing not a thing.  The images first appeared on TheDirty and then on MTO which has a glorious history of leaking alleged nude photographs of celebrities.

The Kardashian/Jenner axis of evil have moved quickly to deny that Kim is in the images, with her spokesperson telling the Daily Mail, “It’s not her. You can totally tell. It looks nothing like her”. The images hit the web on Thursday as Kardashian was preparing for her cameo role on the live episode of 30 Rock but she has yet to take to Twitter to comment on the images.

Do you think that Kim’s rep can get any worse?  Do nude pics of Kim really matter anymore?  I mean she is trying to get naked all of the time anyway.  Let us know what you think in the comments below.