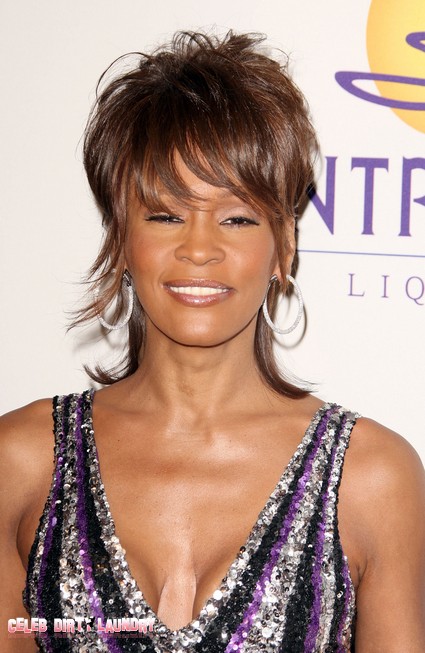 A TV commercial running on Channel Five in Britain is being slammed for joking about Whitney Houston‘s death. The ad makes use of a puppet who says: “she looks better in a body bag.”

As everyone knows by now, Whitney Houston died in her Beverly Hills hotel room bathtub on February 11 and had a huge funeral a week later.

The TV commercial is for a financial services company named wonga.com and was broadcast on Channel Five in Britain immediately following a promotion for a documentary, Whitney’s Addictions: Death of a Diva.

The disgusting ad shows three puppets representing older ‘Coronation Street’ type people sitting on a couch and watching TV.  The puppets appear to have just seen the promo for the documentary about Whitney.

One of the puppets, a female, then says “she looks better in a body bag,” while the other two stare at her in shock at her statement.  The tagline for the ad is “straight talking money without the drama.”

Twitter users freaked out about the ad being in such bad taste. One person tweeted that the Wonga company had a “blatant lack of respect for Whitney Houston.” We’d have to say that’s pretty obvious!

According to The Huffington Post, Channel 5 have now apologized for the disgusting lack of respect they have shown.

“We apologize if any viewers were offended by the proximity of the promotional trail for Channel 5’s Whitney Houston documentary and an advert . This was an unfortunate oversight and we have taken the appropriate steps to ensure that this does not happen again.”

READ MORE: Whitney Spent $7 Million On Cocaine and Took 8000 Pills In 6 Months Before She Died

It is almost hard to believe that a legitimate media outlet would run such a commercial. What were they thinking?