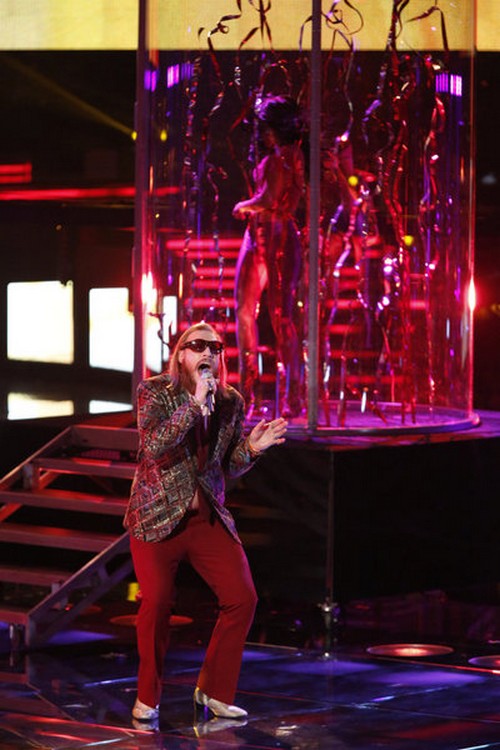 Nicholas David took the stage tonight on THE VOICE’s FINALE for his Bring Back performance.  Nicholas sang “Cruisin” by Smokey Robinson.  Nicholas sang the duo with Smokey Robinson the original singer of the song.  On tonight’s show after weeks of grueling blind auditions, the battle rounds, the knock out rounds and the live shows the winner of THE VOICE season 3 will be crowned.   Did you miss tonight’s episode?  If you did we watched it and we recapped it here for you.

Carson announces Nicholas David singing with Smoky Robinson on a duet of Cruisin’. Wow – that is some soul going on up there. Amazingly smooth…  Smokey is 72 years old and he is still going strong.  A fabulous performance by the two of them.