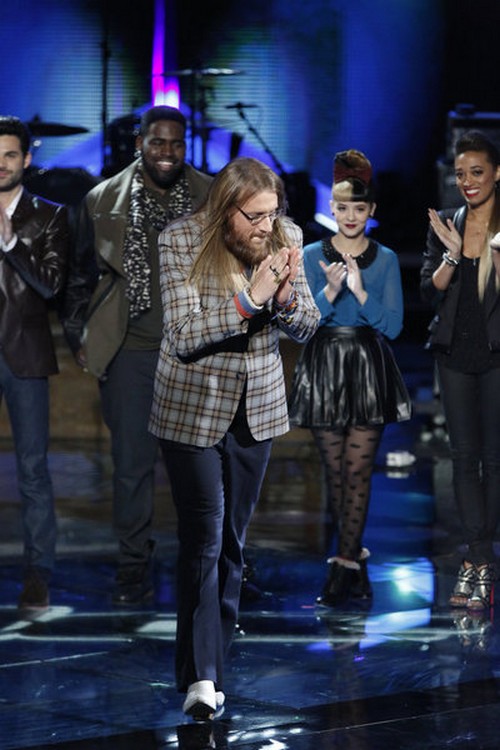 Nicholas David took the stage tonight on THE VOICE for is Top 8 video performance.  Nicholas sang “What’s Going On” by Marvin Gaye.  Tonight’s show the top 8 performed live in front of coaches Christina Aguilera, Adam Levine, CeeLo Green and Blake Shelton for America’s vote and a chance to move on to the elite six.  Did you miss tonight’s episode?  If you did we watched it and we recapped it here for you.

Judges Comments: Adam “Every song every week is like my dream song, you pick the best song. I love the element that you give the show, the soulful songs and I am going to be a fan of yours forever”. Blake “I feel like I learn something new about you every week, every week you do something amazing, thank you for letting The Voice introduce you to the world”. Cee Lo “Nic man, I love you so much. Good music is a healing property, we could use more of that”.

Now it is the spiritual singer from Minnesota, team Cee Lo’s Nicholas David and he has no intention of cutting his beard because his wife is pregnant and while his child is growing so will his beard. Nicholas had a surprise this week during practice, Bill Withers who wrote “Lean On Me” dropped by to give him advice.  To vote for Nicholas David: 1-855-VOICE-07