Nick Lachey Parties Without His Wife And Hits On Another Woman 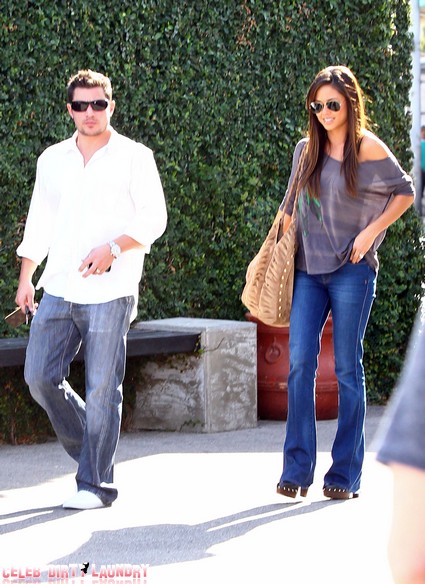 Nick Lachey and Vanessa Minnillo could be the latest Hollywood couple to be heading for a date in splitsville. When Nick and Vanessa returned from their honeymoon is St. Barts it was just in time to watch their wedding special air on TLC – July 30 of last year. The newlyweds strolled hand in hand through LAX as they smiled and waved to fans – not a worry in the world and completely in love.

The couple were married in a secret ceremony on July 16 on a tropical island free of paparazzi so as to preserve the value of the filmed wedding special. It was Vanessa’s first marriage and Nick’s second, as he was previously wed to Jessica Simpson.

Problem is that Nick has busted out of the married mold and was whooping it up with a pretty blond ‘dancer’ named Heather at a Gen Art party during the Sundance Film Festival.

In Touch print version claims:  “He was talking to a pretty blond dancer named Heather all night.”

The source adds that the flirty duo exchanged phone numbers – and then a tipsy Nick started in on a gorgeous brunette.

The night of indiscretion began as Nick attended a friend’s bachelor party along with Scott Speedman, Mary J Blige, Anne Heche, Mario Lopez, and Quincy Jones. Nick and the groom-to-be then made their way to the Gen Art party. Suspiciously, Vanessa was nowhere to be seen while Nick partied… .

What doesn’t begin with, respect doesn’t end with respect. Are Nick and Vanessa headed for trouble? What do you think? Let us know in the comments below.