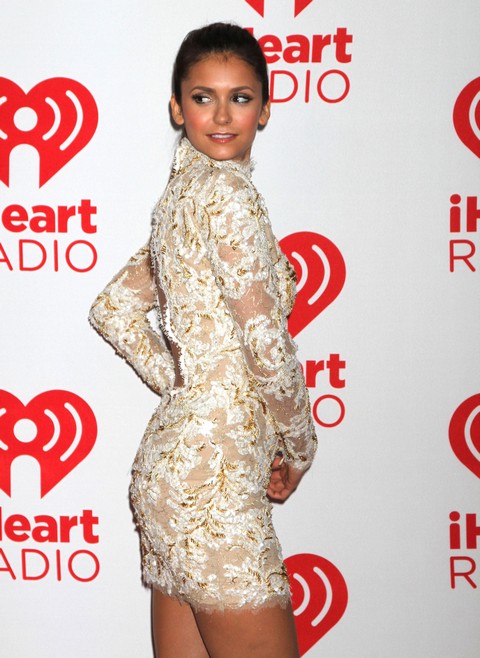 Nina Dobrev is great at Twitter—she understands it’s purpose and makes the most of it. The celeb loves to tweet little blurbs about how she’s spending her day, or send flirty tweets to boyfriend and Vampire Diaries costar Ian Somerhalder, who she wished a coy happy birthday to last week. But Nina’s birthday is approaching, and her party is the People’s Choice Awards. The star is always tweeting links to PCA voting, encouraging fans to support the show and her costars.

She tweeted, “I’m having a Birthday Party on January 9th – you’re all invited ! @peopleschoice See you there!” It sounds like a pretty good plan too—if she wins, it will be an awesome birthday present, and if she looses, then she’ll have fabulous after parties to distract herself with. The actress then tweeted, “Oh! And NO gifts please! I don’t want anyone spending $ on me, but voting ends tomorrow . . . Just sayin’.”

Though it’s hard for us to imagine actually spending money to give something to a celeb that we’ve never met and have no relationship with, some people must do it! So this year, save the money and vote—it’s free! Of course, if you don’t think Nina deserves the PCA, than cast your vote elsewhere. But the hot ex gymnast totally deserves it—after years of terrific acting and build up, she’s finally able to let loose with vampire Damon, the sexy, smoldering bad boy played by real life boyfriend.

Although, we don’t know if making out with hot men is good acting or just doing what comes naturally, but either way, I voted for her! What do you think of Nina’s birthday wish? Has she earned a PCA, or will 2014 be her year? Maybe she’ll get an Oscar nod for starring as Anastasia Steel in Fifty Shades of Grey?