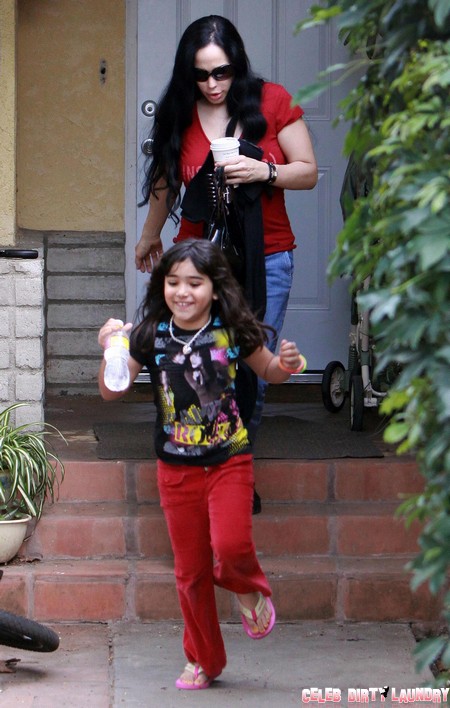 The nanny claims her 11 year old son found it on a website and thought it would be a good idea to see their mom. Don’t get me wrong, if I didn’t see my mom because she was off trying to famewhore it up, I’d go on the internet too and look her up. Either that or Suleman did the unthinkable and just left it up and the kid stumbled upon it accidently. Regardless, that’s just despicable.  The nanny reportedly told Suleman she needed a passcode to block the site but then Mom of the Year told her to forget about it.

I’m all for truth with kids, but only slowly as they develop emotionally and intellectually. You don’t have to let them know everything that they don’t need to see since they will be hearing about it in their future anyway, much to their shame and trauma. I know I know, I’m not in the minority here thinking that this woman needs to have those kids taken away from her. Maybe that way they will have a some chance of having a better life –because obviously Suleman is not a fit parent.  Not even close.