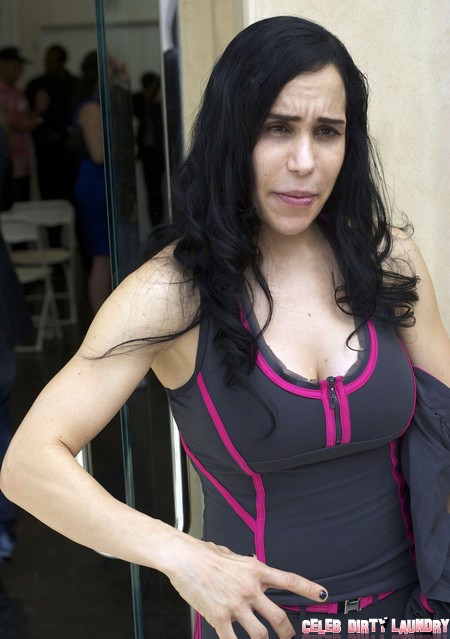 Octomom Nadya Suleman checked herself into a rehab facility for a prescription drug problem. This controversial mother of 14 will be away from her children for the next 30 days. According to TMZ, “Nadya admitted herself into the Chapman House Drug Rehabilitation Center in Southern California over the weekend.” Nadya became addicted to Xanax, a habit-forming anti-anxiety medication, which she began taking to deal with the stresses of her spotlight life.

Octomom’s rep told TMZ, “Nadya wanted to get off the Xanax she was prescribed by her doctor and learn to deal with her stress, exhaustion and anxiety with professional help with a team of doctors. Nadya wanted to deal with her issues and make sure she is the best mother she can be.” The embattled mother’s tribe of children will not be left alone; they will receive support from three nannies and two family friends. Nadya also secured a driver to take the children to school and back. Unfortunately, neither Nadya’s father, nor mother, has been asked to care for the kids. Is this a case of child abandonment? Why the sudden need to visit rehab?

Might this be the final chapter in Nadya’s tumultuous life? When will she be able to live a life without public scrutiny? What do you think? Do you think the rehab stint will fix her? Let us know your thoughts in the comments below, as we doubt Nadya would ever be able to repair her scarred existence.