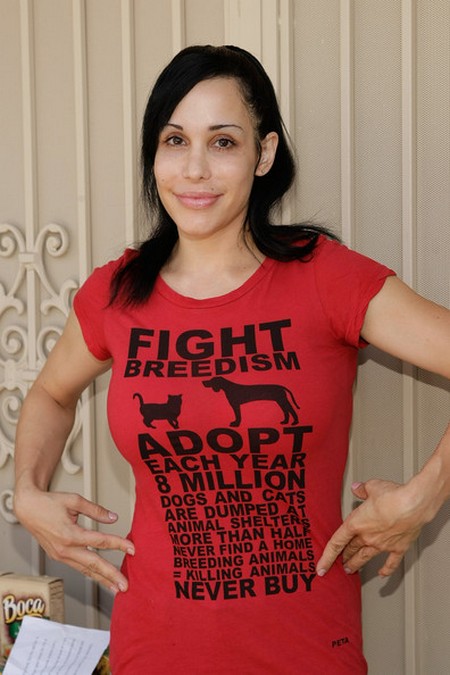 Octomom has found a new way to make money to support herself and her countless dependent children and that is working as a topless stripper.  Octomom Nadya Suleman had herself artificially rigged up by mercenary medical scientists, aka as IVF doctors, to pop out 8 kids at once.  This added to her already excessive brood to produce a truly disgusting and pathetic situation.  Society permits and encourages Octo to abuse herself and by extension, her poor kids, in her endless pursuit of the dollar.

TMZ has the exclusive: That’s right … sources close to Octo tell TMZ she has booked a gig at T’s Lounge in West Palm Beach, FL for her first stint as a stripper. We’re told Octomom will do two shows a night from July 11-15.

But it’s not all good news — or maybe it is — because we’re told that while T’s Lounge is all-nude, Octo will only be going topless. And if you were hoping to take Octo back to the champagne room, that’s not going to happen — she won’t be doing lap dances.