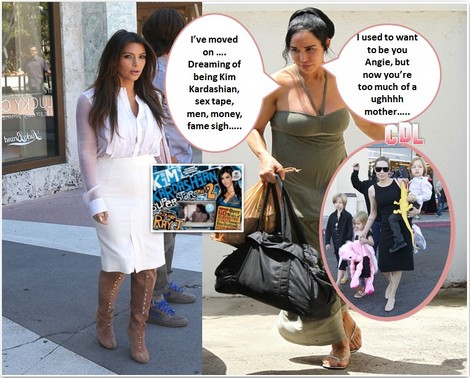 Octomom used to want to be Angelina Jolie and had plastic surgery to try to get the look.  So far Octo has failed.  All she has in common with Angie is lots of kids that are cared for by servants.

Will Octomom ever have a chance at being anything remotely like a Kardashian? Tell us your thoughts in the comments below!