BY Annemarie LeBlanc on February 20, 2012 | Comments: Leave Comments
Related : Once Upon A Time, Television, Wrap-Up 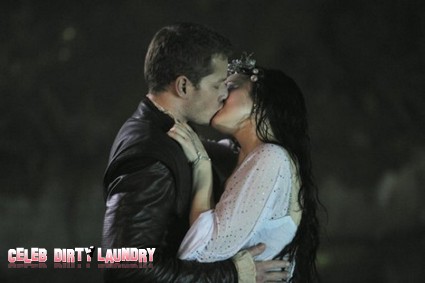 Last night was another new great episode of Once Upon A Time and we recapped ‘Whatever Happened to Frederick for you here. In our wrap-up we have some observations of last night’s show and some questions.

There is no way an episode without Mr.Gold/Rumpelstiltskin can measure up. Without Rumpel I’m not sure I could stay with this show. Robert Carlyle is such an amazing actor that I am shocked that he hasn’t made it really big before. Anyway, this episode was okay – but not better than that.

Regina was evil, Charming was dense, Emma was cautious but brave, Mary Margaret was making life difficult for herself, and Henry was adorable and optimistic – in other words it was business as usual on the show.

The most significant questions I have about this episode revolve around August. What did August add or change in Henry’s omnipotent and omniscient storybook? Who is August?? Is he good or evil – perhaps he has some self-interest that is yet to be revealed???

More: Robert Carlyle On The Set Of ‘Once Upon A Time’ (Photos)

What about Katherine’s letter telling Mary Margaret to go for it with her husband? If Katherine gets back to Storybrooke alive and well she could tell Mary Margaret what she wrote. Does this mean that Regina won’t allow this to happen? What do you think?

Once Upon a Time is currently on hiatus for a week.  The next episode is airing March 4th, 2012 and it is called ‘Dreamy.’  In the episode Leroy and Mary Margaret team up to help the town’s nuns to sell their candles during the annual Miner’s Day festival. Plus, with Kathryn now missing, everyone in Storybrooke is a suspect in her disappearance and it seems like Mary Margaret herself might be the biggest target.

Make sure to come back and visit us March 4th, 2012 when we will be live blogging the episode! In the meantime, let us know what you thought of tonight’s episode and the answers to our questions in the comments below!