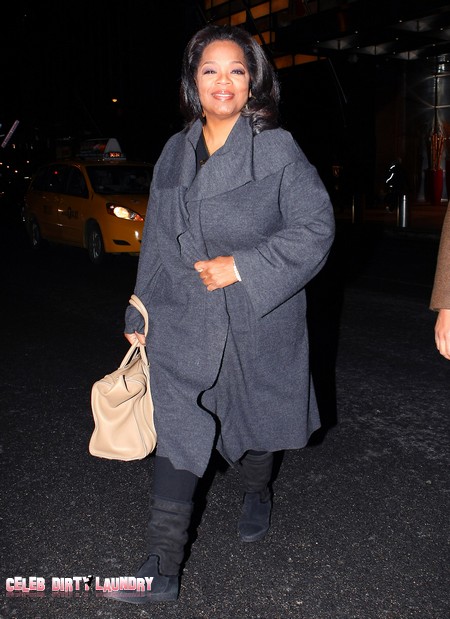 Oprah Winfrey showed no mercy as she axed employees at her Oprah Winfrey Network today and Rosie O’Donnell’s show came crashing down as well.  OWN has been struggling with bad ratings since the get-go and even her parasitic exploitation of Whitney Houston’s death didn’t help.  Oprah was like a vulture – right on Bobbi Kristina and other close members of Whitney’s family for her gruesome special interview show.   The irony was that Whitney hated Oprah but of course that didn’t cause Oprah any qualms at all.

At least Oprah had the good sense to get rid of Rosie – she must be the most irritating and least talented person who ever filled a TV screen.  You can hear what Rosie had to say about getting the boot in the video.

TMZ has the exclusive details:  First Rosie … now TMZ has learned at least 15 people got the chop at the Oprah Winfrey Network today … including 2 high level execs.

Sources connected to OWN tell us … people from at least 3 departments were let go … including the creative services dept., integrated marketing and promo scheduling.

We’re told one of the casualties was the head of the creative services department.  One source tells us the group included people with years of experience in the industry as well as newcomers.  The timing is interesting … considering O just cancelled Rosie O’Donnell‘s show. OWN has been struggling with low ratings since its launch.

One source tells us, “It’s like a ghost town over there.”  Calls to OWN have not been returned.

RELATED: Was Bobbi Kristina Stoned And Drunk On Oprah Winfrey?

Oprah Winfrey has been absurdly successful for a long time.  Perhaps she should pack it in and stop boring us all?  Would you be sorry to see Oprah and OWN go away?  Let us know in the comments below.