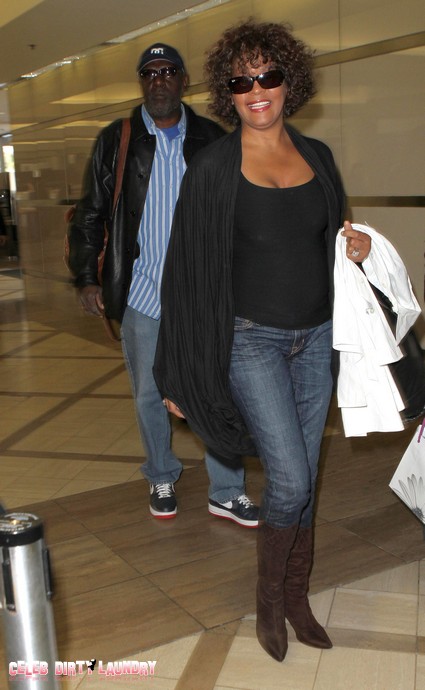 Despite Kevin Costner’s weepy eulogy at Whitney Houston’s funeral and Oprah Winfrey snaring Whitney’s wayward daughter Bobbi Kristina for an interview, evidence is that Whitney hated them both! Kevin obviously felt bad about Whitney’s tragic death but it seems that he was very critical and harsh with her when the two filmed ‘The Bodyguard’ and Whitney never forgave him. As far as Oprah goes, it is no surprise to see that phony vulture swoop in to grab an unsuspecting Bobbi Kristina to display on TV – but let’s make it clear – Whitney thought Oprah was nothing but ‘a sell-out.’

These shocking revelations are in this week’s Globe Print Edition, March 12:  Globe has learned that despite the emotional eulogy her Bodyguard movie co-star Kevin Costner gave at Whitney’s funeral service, she hated him because he criticized her acting.

Says the source, “Kevin thought the romance scenes between them were cold and flat and blamed it on Whitney. He voiced his displeasure to the director and it all got back to Whitney, making her furious.”

“Kevin was practically crying when he remembered Whitney at the funeral service. But Whitney was still angry over what happened at the time they made the movie.”

Another person who Whitney surprisingly disliked was Oprah Winfrey! While the talk-show queen ended up having a headline-making interview with Whitney in 2009, for many years it appeared that Whitney wasn’t going to do her show.

According To author Kevin Ammons, Whitney thought Oprah was ‘a sell-out’ who fawned ‘all over the white guests, but disses the black guests,’ adding that Whitney knew “Oprah would pry into her relationship with her galpal and try to put her on the spot.”

But her hidden gay life had almost been an open secret. Although Whitney publicly denied she was gay or bisexual, sources say that Whitney had three long-term lesbian affairs.

What to make of these allegations that Whitney hated Kevin? We come down on the side that says Whitney must have of forgave and forgotten the past dispute with Kevin. After all Whitney obviously had more serious troubles than worrying about what Kevin thought of her acting.

As far as Whitney despising Oprah we have no doubt this is true. Oprah is a disgusting fake and Whitney’s accusations that the over-rated talk show host would pander to white guests while acting high and mighty with black ones is right on.

What do you think? Tell us in the comments below.