Outrageous: Supermodel Kate Upton Criticized For Being A Cow and Fat! 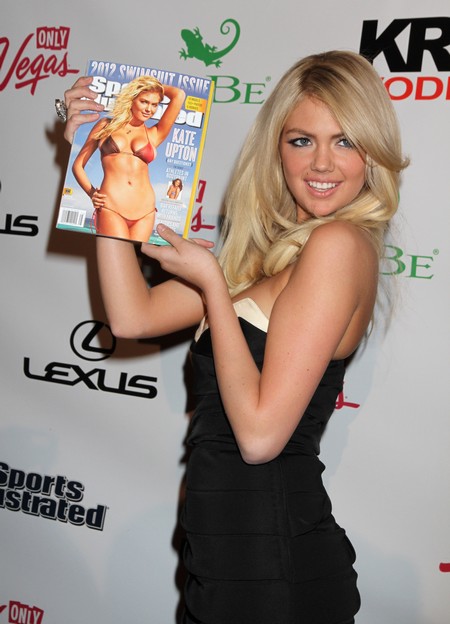 It makes me nauseous to even write about this absolutely obnoxious pro-skinny website called ‘Skinny Gurl’ (I hate her already) who has taken to words and called out supermodel Kate Upton ‘fat’. Really? The famous ‘Cat Daddy’ model, is now a ‘Fat Daddy’ model? I say heck no, and if I could I would give said Skinny Gurl a huge piece of my mind.

Remember when we all praised/envied Kate for her GQ cover – or her Sports Illustrated cover – or her illicit videos with famed photog Terry Richardson prompting her Cat Daddy fame?  There certainly was nothing wrong with her bodacious bod then, and there’s nothing wrong with it now.  In a world where models are starving to be thin, isn’t it refreshing to see someone not so waif-like with twigs for arms and barely-there breasts?

Let me just quote SG’s comments after a recent runway show Kate took part in.  “Kate Upton is genetically identical to a cow”, or she was “lumbering up a runway like there’s a buffet at the end of it” – or how about this one, “Kate is a solid 30 lbs. too heavy for this outfit [a bikini],” calling her a little piggy and stating she has “huge thighs, NO waist, big fat floppy boobs, terrible body definition – she looks like a squishy brick.”

Shall I go on?  Who the f**k is this person and is she bloody joking?!  Sorry for getting a little steamy here, but I’m right pissed.  If I had half the looks of Kate, I’d been more than pleased.  This is a fresh faced all American girl who hopefully will tell SG to stuff it.  Speaking of stuffing it, stupid SG received A LOT of negative backlash and this is what she had to say:

Eat a big fat sandwich SG, better yet – eat two while your at it, with lots and lots of dirty fat mayonnaise.