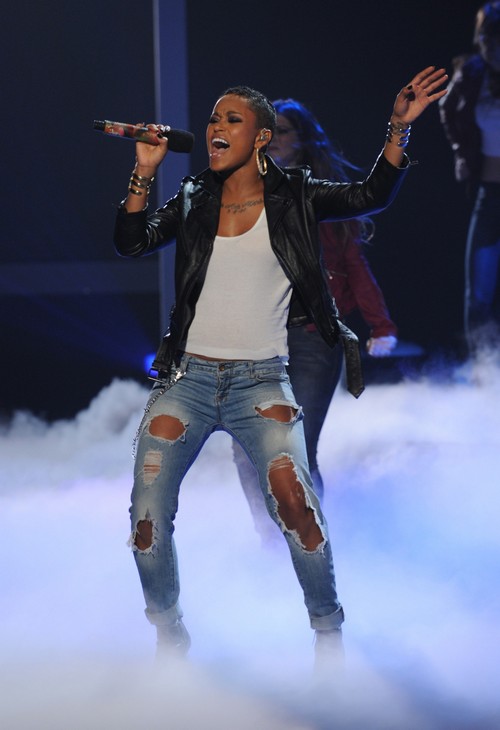 Paige Thomas was eliminated during tonight’s  elimination episode of The X Factor USA.  If you missed the results show and want to see who else was sent home, we recapped it here for you!

On last night’s X Factor performace show the Top 8 performed songs that hit Number One on the charts live in front judges Simon Cowell, Demi Lovato, LA Reid and Britney Spears. That also meant there were lots of ballads, emotional performances, and special dedications to those they are were most thankful for.

Paige Thomas took the stage tonight on THE X FACTOR USA for his Top 8 video performance. Paige Thomas sang “Private Dancer” by Tina Turner.  After the performance we wondered why she was still in this competition, when we know she’s not even close to the vocal prowess of the other contestants?

Paige Thomas – Mentored by Demi Lovato – Never Gonna Give You Up by Rick Astley – We though Paige was back! This was the first time since the live shows started that Paige was true to herself and true to her performance. Her vocals were above-average for the first time, she didn’t lose the pitch at the beginning, and she looked like a real star. Still, Paige didn’t come across as a contemporary artist. There were late 90’s R&B sounds infused in her that she couldn’t shake. However, It was much, much better than her previous performances. OUR SCORE – 7 out of 10