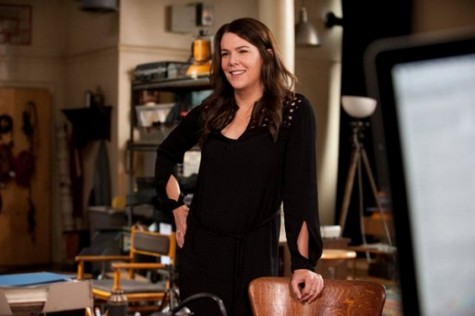 NBC’s popular drama Parenthood returns tonight with a whole new episode. Tonight’s forth episode of the 4th season is called “The Talk.” On tonight’s show Jasmine and Crosby work as a parenting unit to teach Jabbar an emotional lesson earlier than expected which may change the family dynamic. If you missed last week’s premiere episode you can read our full and detailed recap here!

On last week’s show Kristina and Adam coped with emotional news and turned to family and new friends for support. Meanwhile, Zeek’s behavior with his grandchildren triggered doubts concerning his health and Sarah confronted her new boss and received an unexpected outcome. Also, Max attempted to adapt to a new school, but almost lost his only friend in the process.

On tonight’s show Jasmine (Joy Bryant) and Crosby (Dax Shepard) work as a parenting unit to teach Jabbar (Tyree Brown) an emotional lesson earlier than expected which may change the family dynamic. Despite Adam’s (Peter Krause) reservations, Kristina (Monica Potter) encourages Max (Max Burkholder) to extend himself even though she may be too preoccupied to help him.

Tonight’s episode: Adam and Kristina are at the doctor’s office and they are trying to find a date for surgery. Kristina wants to push back the date and Adam is not on the same page. Julia and Joel are not happy that all Victor wants to do is play video games, they give him a choice to either pick a sport or an instrument but they don’t want him in front of the TV all the time, he picks baseball.

Crosby is at the studio and Jabbar puts one of the headsets on and hears a rapper say the word nigger and wants to know what it means.

The next morning, Crosby takes Jasmine aside and tells her that Jabbar overheard some words that he should not have, one being nigger. Crosby thinks he handled it but Jabbar was confused why Double D could say it and he couldn’t if he was also black. Jasmine assures Crosby that she is going to speak to Jabbar and deal with it.

Hank is reading Hunger Games so he can relate with his daughter and Sarah wants details about her. Hank tells her that she is sweet and no longer her shy, her mom makes it tough and only lets her visit once a month.

Zeke called Adam over for an emergency, but all it is is some sort of noise in the sprinkler system.

Victor arrives for baseball practice. Meanwhile, Kristina looked at Max’s list of signatures and the kids didn’t sign the petition but instead called him names, Adam wants him to drop out of the race, he knows Max is going to get hurt if he runs.

Kristina and Adam sit down with Max and tell him that they think there has been too many new things going on in their lives now and therefore he should wait until next year to be run for President. Max is upset and calls his parents facetious.

Hank’s daughter arrives at the shop and meets Sarah.

Crosby doesn’t really want Jasmine to have the talk with Jabbar but she is adamant that she is black, can relate to him and knows that hearing the truth from her before he hears it from somebody else is important.

Zeke is doing some volunteer work, Camille wants him to do something to keep him busy. He meets an army veteran and the two have a chat.

Victor is trying his best at baseball, but after a few failed tries at hitting the ball, Victor loses it and tells the coach “screw you”, when Joel tries to intervene he yells that he is not his real dad.

Hank’s daughter wants to stay at the shop while he goes out for a job, he’s reluctant, but gives in when Sarah stays with her.

Adam gets a call from Kristina when he is with Crosby at the studio and runs out to call her. She was calling him because of Max, she wants him to run, she doesn’t want what she is going through to stop him from doing what he wants to do even if he does lose and is disappointed.

Sarah is bonding with Hank’s daughter, she is invited to a pool party and really wishes she could go because it is an epic party.

Jasmine and Crosby have the talk with Jabbar and explain that the word nigger is a word that white people use to call black people when they think they are not as smart as they are, she goes on to explain a little about slavery and Martin Luther King. Jabbar wants to know if someone can call him that word. Jasmine continues by telling Jabbar that she doesn’t want him to be scared or confused by any of this and know that things are better now, they even have a black President.

Jabbar is in bed, Crosby congratulates Jasmine on the talk with Jabbar and thinks she did a really good job, he loved the connection between the two.

Joel wants to talk to Victor about what happened, even though Victor doesn’t want to. Joel tells him that he was extremely proud that he tried something that he didn’t know how to do with kids he didn’t even know. Joel goes on to say that he is still trying to be his dad and he is not going to force him to do anything he doesn’t want to do.

Kristina went ahead behind Adam’s back and told Max he could run, Adam goes to see Kristina and tells her he is not happy with what she did, furthermore he wants her to move up her surgery date.

Zeke is still obsessed with his sprinkler and brings the veteran he met over to his house to check it out with him. They start talking about how it feels to be back home from war, Zeke gives him some encouragement about getting though it.

Sarah finds some old work that Hank did and is shocked at how good it is, she wants to hang them up but Hank finds they are hard to look at.

Zeke finds he has a lot to offer veterans and wants to volunteer more.

Victor asks Joel if he wants to play catch, Julia arrives home and is thrilled to see them together.

Max is preparing for his campaign with Kristina when Adam walks in and looks on at the two of them fondly.

Next Tuesday is going to be an episode you don’t want to miss when Kristina has devastating news for the family and Hank falls for Sarah. Don’t forget to come back to Celeb Dirty Laundry for all the awesome highlights.