Paris Jackson and Olympian Tom Daley: She Is Obsessed And In Love 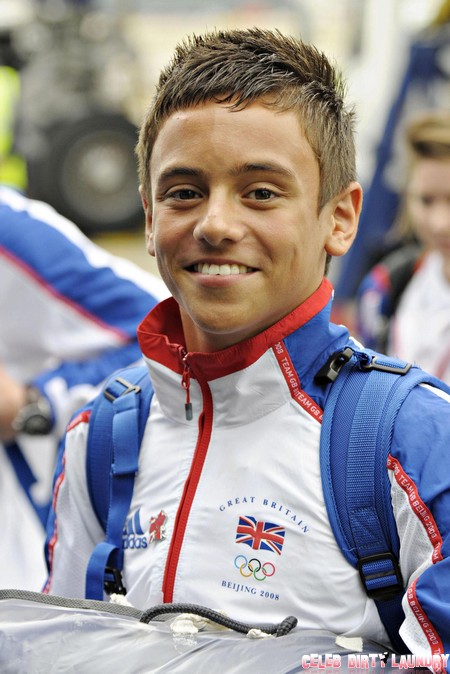 Paris Jackson obsessed and in love? I’ve always defended Paris Jackson’s crazy Twitter antics. Considering how young she is, it doesn’t seem right that she is surrounded by so much technology. Where is her guardian? Why isn’t she doing school stuff—sport practice, homework, group projects? Maybe I’m just old but it seems like she needs a technology detox. She’s taken to her Twitter, Instagram, and Formspring accounts to dish about some pretty hot topics—celebrities, politics, and, of course, defending her dad, Michael Jackson, but the new story may be about what she isn’t saying. A source reports that the young teen uses her Twitter mostly to stalk the Olympic diver Tom Daley.

English diver Tom Daley won the bronze this summer at the London Olympics during his 10m platform dive. The 18-year-old athlete certainly has a One Direction look about him (except, of course, that under all of that hair is the body of an Olympic athlete as opposed to a too-skinney kid in tiny pants), and Paris has a huge crush on him. The source explained, “she thinks he’s perfect.” Nothing wrong with a little crush, right? But in this age of technology, it is a fine line between a teenage crush and an unhealthy obsession. The source continued, “Paris checks Tom’s Twitter feed several times a day and is just desperate to meet him.”

I don’t want to target Paris, because this is a problem for a lot of kids now. And I don’t want to sound like an old prude either. But the girl is 14. She is already struggling with her father’s death (be it murder or suicide, I’m not opening that can of worms here), having too much money and crazy manipulative family members, and should be focusing on school and being a kid, not stalking British Olympians. Is it too much to ask that an aunt or friend’s parent step in and unplug this girl?  Of course when Janet Jackson tried that things didn’t work out so well…