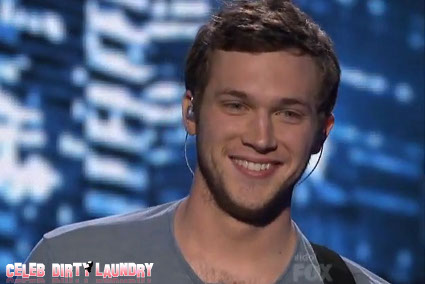 Phillip Phillips made Idol history this week. The previous Idol winners should scoot over, because Phillips is here to take it all. Phillips’s single, “Home”, was released after his win and was downloaded 278,000 times in the past week, sending him straight to number two on the Digital Song charts, according to Nielsen Soundscan.

It is the biggest sales week in the history of an Idol coronation single, since Soundscan started tracking digital downloads in 2003. This would have been the cherry on the cake for any Idol winner, but that’s not where Phillips’s good news ends. “Home” achieved the second biggest single sales of any American Idol contestant. Ever. Kelly Clarkson’s “My Life Would Suck Without You” reached 280,000 single sales in its’ first week and currently holds the number one spot of highest sales by any American Idol contestant.

“Home” achieved universal acclaim for its’ relevance. Almost all professional music reviewers said the single is the greatest American Idol coronation single of all time and is quite possibly one of the best songs to ever come out of the show, in any country, in every part of the world where the show is produced. Popdust gave the single an extremely good review and said, “It runs with the necessary thematic elements needed to market someone who came from a reality competition show, while picking up more interesting styles that focus on instrumentals and arrangement in addition to vocals.”

EW Music gave the song an “A -” and drew parallels between the single and songs by Mumford and Sons. They said about the track, “The triumphant track is easily the coolest, most relevant song ever used as a reality TV coronation song.”

Spin said about the track, “shockingly good — especially for an Idol coronation song, which have a tendency to be horrifyingly embarrassing.”

This is proof that American Idol might not suffer the inevitable cancellation everyone is dreading. A release and win of this magnitude is something to be remembered. Philip Phillips has surely blown some much needed life back into the franchise and could quite possibly walk away as the biggest American Idol winner in history, if he is able to produce with his debut album. So many winners have failed miserably in their album releases. Could Phillips be the exception to the rule?