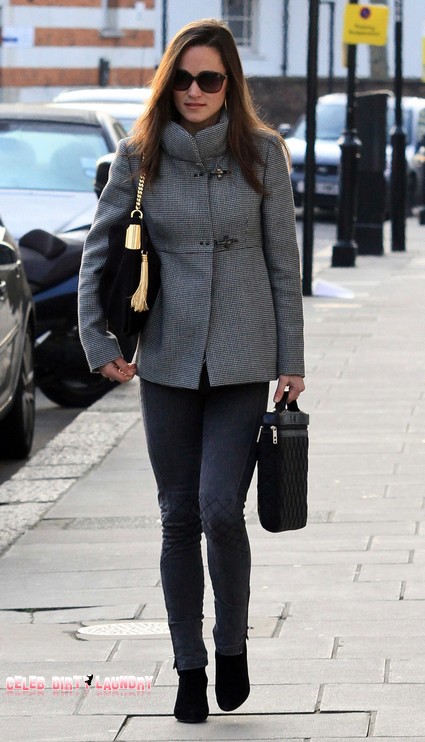 Pippa Middleton is dating her ex-boyfriend’s nemesis, George Percy, the heir to the Duke of Northumberland, one of Britain’s richest and most respected titles. Pippa was reputed to be just a bit too friendly with George while dating banker Alex Loudon, from whom she separated following a huge fight last year, and Alex was always jealous of their relationship.

Pippa seems determined to get into the British aristocracy on her own ticket and to that end she is definitely dating the right gent. Percy’s family owns Alnwick Castle which was the setting for Hogwarts School of Witchcraft and Wizardry in the Harry Potter’s films. Must be quite a job dusting the place – and imagine the heating costs!

The couple have been ‘pals’ since both attended Edinburgh University but insisted they were “just friends” after they were linked romantically following Pippa’s split with Alex. According to the Sun, their relationship has gotten closer and more intimate since the New Year’s Eve party thrown by the Middleton family.

A source close to the couple said:  “Pippa sat herself next to George at supper and made sure she was hanging off his arm all night. And then she made her move.  Pippa has always been close to him. There is no doubt this was a huge issue for her ex-boyfriend Alex.  George is very smitten and completely in love with her.”

We are happy to say that it appears Pippa will NOT be a lonely heart on Valentine’s Day.