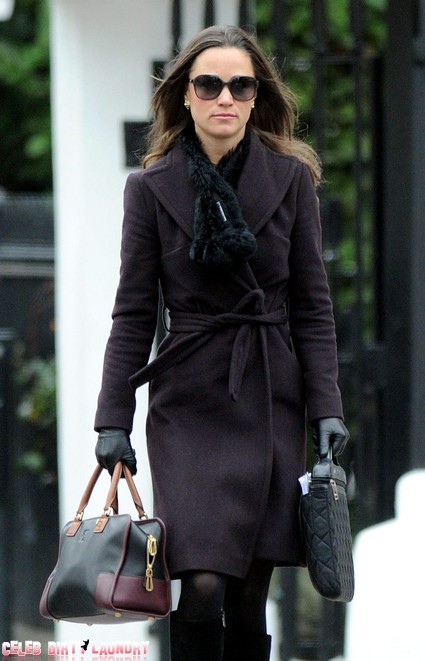 Kate Middleton’s sporty sister, Pippa Middleton, has done a live on camera interview and you can see it here below!  Pippa, often referred to as ‘her royal hotness,’and her brother took part in a 55 mile ski race today in Sweden to raise money for charity.   Pippa looked hot during the ski race – as she usually does.

OK Mag reports from the scene: The day has finally arrived when we get to hear Pippa Middleton speak! After she became one of the most intriguing individuals following her standout performance at sister Kate Middleton‘s royal wedding to Prince William, Pippa has been interviewed for the first time on camera.

The younger Middleton sister competed in Vasaloppet, a 56-mile cross-country ski race in Sweden for children’s charity Magic Breakfast and gave a quick interview while making her way through the course.

An exhausted Pippa, who was almost breathless as she talked, told a Swedish reporter that the race was “tiring” and that she considers herself an “average” skier, even though she ended up placing 412th out of the 1,734 other female competitors.

Her brother James Middleton also completed the race, but don’t get your hopes up, the Duchess of Cambridge Kate Middleton did not strap on her ski boots this time around.

Pippa Middleton is going to be in for continuous attention for the rest of her life as the future Queen’s sister.  What do you think of her time in the limelight so far?  Let us know in the comments below.