Pippa Middleton’s Publishers Say No To Another Book, Is Her Career Over? 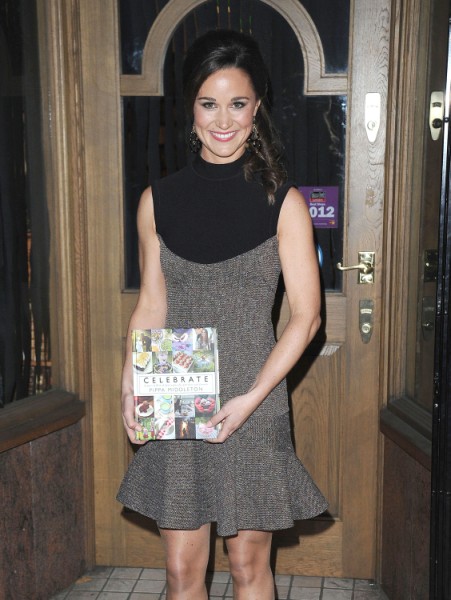 Pippa Middleton’s publishers are suddenly gun shy about going forward with another book especially since her first foray, Celebrate, did very little to make a dent in the literary and/or party planning world.

Well, hey, you can’t blame a girl for trying, right? But you can blame a girl for not trying which is exactly what Pippa did – not try. She wrote a few little words, threw her name on the cover and refused to promote it further than a couple staged photo ops. She thought that, along with her famous sister, would carry her through the promotions embargo. Well, it did in America because we’re easy, but it didn’t quite make the mark in places that aren’t so pro-royal.

So what’s a girl to do? Pippa had great things in store for us! She was going to move to NYC! Her people went to Penguin Publishers with the notion of doing a whole slew of how-to books. Her next one was going to be about health and fitness. Now, I’d buy this idea over the whole party planning thing. I continue to have doubts on whether Pippa has any Martha Stewart in her but motivation, self-control and a love of being skinnier than the girl standing next to her? I’m on that train. That would have made sense. She made her debut to the world as the girl with the amazing ass (although I still think Kate has her now). Why not do an exercise book? There would have probably been some great advice like don’t go to Burger King and if you want to tone your muscles than you should life weights. It’s gold!

So what about The Today Show? Pippa Middleton was offered a lucrative and very easy gig as a royal correspondent. She doesn’t need the money but she does need to stay relevant. Sure, she can try some other publishing houses but I’m not so sure they’ll bite and, if they do, I’m not so sure they’ll pay her as well since she has this failure to commit problem. She can go back to work for her parents or continue trying to build her brand as a London party/wedding planning mediocre extraordinaire but I’m not so sure that’s enough for the Pips. She’s tasted fame and I think she likes it. What’s the point of being related to the most famous woman in the world if you can’t get yours as well? Pippa Middleton will not settle for Party Pieces but I’m lost as to what her next step will be. Do you think she’s a little lost too?