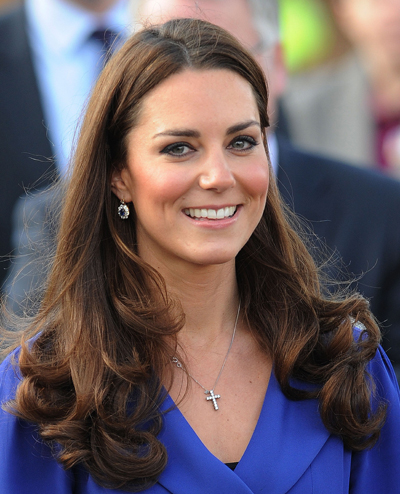 It’s been nearly a year since Kate Middleton, now the Duchess of Cambridge, married Prince William, and, so far, there has been no baby news! And despite all the rumors, the very fact that Kate sipped whiskey sherry on St. Patrick’s Day likely means that there’s no heir on the way.

However, just because she (sometimes) lives in a palace doesn’t mean that Kate doesn’t hear all of the tabloid rumors. According to US Magazine, “the constant rumors about Kate being pregnant, or not being pregnant, make her feel uncomfortable.“

“Seeing stories that talk about her health is really hurtful. It’s difficult to just ignore them,” said an insider to the mag, adding, “This week there have been stories about IVF, baby buzz speculation and what not. Usually they don’t mind anything that is written, but this is a little different because it’s so personal.“

Reportedly, while the Duchess “understands” the interest in her forthcoming children, she thinks the stories are taken too far, especially since she and William are supposedly in no rush to have a child. Related: Kate Middleton’s Pregnancy Woes – She Explodes At Prince William: “I Can’t Do This Alone”

Our opinion? We think the Duchess should quit whining! This sort of public speculation is exactly what she signed up for, and, historically, royal brides have always gotten pregnant within their first year of marriage. Can you really blame people for thinking she might follow suit?