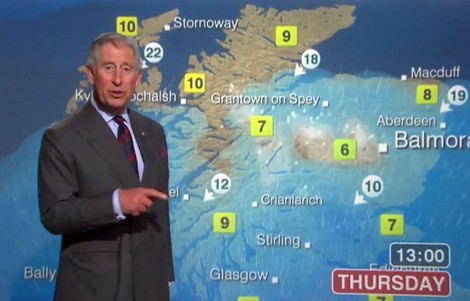 For his 64th birthday, Prince Charles of Wales wanted nothing more than to tour the set of The Hobbit in New Zealand. The aging royal has been described as a huge fan of JRR Tolkein, so a behind-the-scenes look was a childhood dream come true. He and wife Camilla Parker Bowles enjoyed a tour in mid-November, but now find themselves in an international scandal. PETA, People for the Ethical Treatment of Animals got wind that 27 animals died during production of The Hobbit, many from negligence and improper stable conditions. Several former animal handlers and trainers described the leased farm that housed the animals as “full of death traps” that producers refused to acknowledge or fix. GLOBE exposes the royal trip and explains how it was inappropriate in their December 10 print edition.

One handler claims to have buried “three horses, six sheep, six goats, and a dozen chickens used in the movie as a result of injuries caused by death traps.” Surely these tragic deaths can’t be blamed on the royal couple, but an insider scolds them for not being aware of the working conditions on the set. “This visit was an insensitive blunder . . . It makes it seem they are indifferent to the suffering of animals.” This is not the first time PETA has taken umbrage with the royal family. In an open letter to his daughter-in-law Kate Middleton, they urged her to reconsider the birthday gift of game birds to Prince William, “asking Kate to follow the example of Princess Diana, who did not believe in hunting for “sport.”

But it isn’t all angry letters—PETA came to the aid of the possibly pregnant Duchess of Cambridge earlier this year after photos of her in a faux-fur trimmed jacket began swirling around the internet. PETA was quick to defend her, complimenting her classy faux fur. Last summer, PETA praised Camilla after her decision to adopt a rescue dog, which she named Beth. But the Royals are still want to eat meat, though Prince Charles banned foie gras from all menus, citing distaste for its production. Do you think Charles and Camilla deserve flack for visiting the set of The Hobbit, or were they innocent tourists caught up in an unfortunate circumstance? Should the royals do more to raise awareness about animal cruelty? Will we ever see a Kate Middleton ad “I’d rather go naked than wear fur?” In our dreams, maybe!