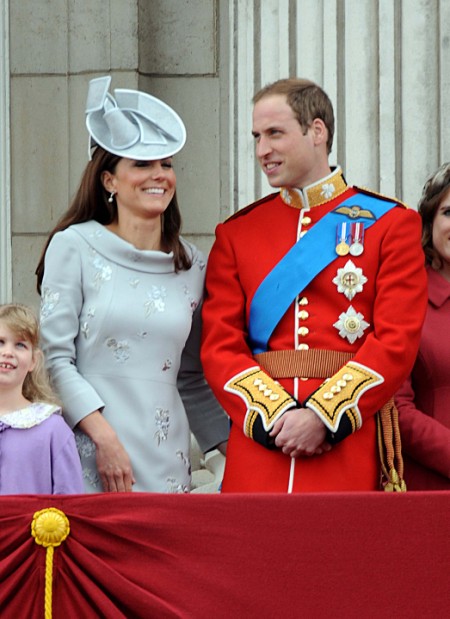 Kate Middleton and Prince William may enjoy a healthy dose of Prince Harry more than most but it seems the royal couple are putting the “do not disturb” sign up for their upcoming vacation. Kate and Wills are taking a break after their busy summer and (I’m sure in the nicest way possible) told Harry there’s no room at the inn for gingies. According to Now magazine:

She and Wills spend a lot of time with the 27-year-old singleton but Harry, who’s been partying in Las Vegas, is not invited to their post-Olympic romantic getaway.

The lovebirds are heading off for some alone time at their special hideaway: Tam-na-Ghar cottage on the Balmoral estate in Scotland, where Prince Charles used to take Diana.

A source says: ‘They enjoy going there to spend time by themselves and used to go in their university days.

‘It’s a place they can just be themselves.’

I’m calling it. Baby in nine months! Done. Poor Harry got shipped off to party with Jennifer Lopez in Vegas so they could get down to business. He can’t be that distressed about it!

Now there’s no excuse. All the impediments are finally out of the way. The Queen’s Diamond Jubilee celebrations? Finis. Olympics? Finito. Harry? Gone. True, we still have the South Pacific trip Wills and Kate are heading on behalf of the Queen coming up in September. People have warned not to expect a baby announcement until after that trip is completed since the 20-hour flights would be too difficult for a pregnant woman but how bad would it be if she was like 4-8 weeks pregnant? That wouldn’t be the worst thing, would it? Besides, it’s not like they’re flying Ryan Air the entire way. Lord knows how comfortable first class is. I hear the kids are chomping at the bit to get started.

I finally got around to reading Katie Nicholl’s Vanity Fair piece on the duchess and she reported Kate and William were annoyed they had to wait this long to get preggers. Apparently the Queen wanted them to hold off until all her praising was done. We already knew that, but still, it’s got to be so frustrating that you can never defend yourself. Kate gets sh-t on for everything. If there’s no baby bump it means she’s playing hard to get with Will’s peen. She didn’t do a lot of engagements when she was just married and we all called her lazy when actually it was William who told his handlers to keep her schedule light so she could acclimate. She can’t just come and say, “Oy! Lay off me ye slags! It’s not me fault!” But I guess that’s what Katie Nicholl is for. There was nothing damning in that fluff piece whatsoever which suggests she’s still very tight with the Middletons and Kate can indeed get her message out there. And the current message is that she and Wills want a baby but still have to wait. But I think they’re done waiting. I’m telling you… nine months!

What will Harry do when there’s a baby in the castle? Sure, he’s great with kids but it’s almost like Kate has been playing surrogate mother to him. How will he cope with not getting all the attention. Cue Chelsy Davy? Hurry up and get pregnant Kate! Damn it already!

Do you think the only reason why Kate and Wills shipped Harry off to Las Vegas is because they are doing some royal babymaking or is Harry not the reformed bad boy everyone thinks he is? Or could it be the Windsors just wanted time alone to themselves? That’s the boring answer and the boring answers are usually the right ones!