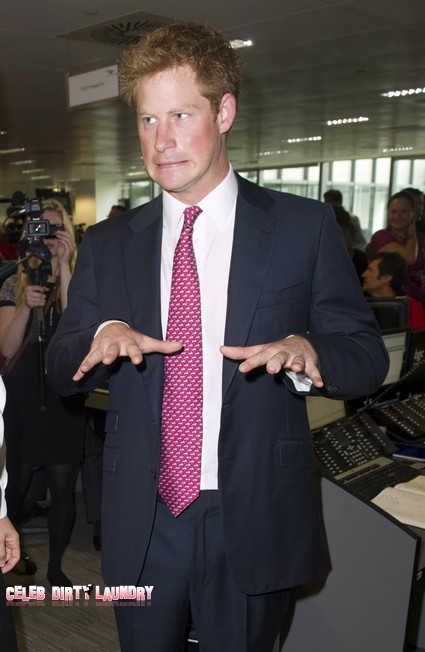 Prince Harry will have his work cut out for him when he races Usain Bolt, the world’s fastest human, over 100 meters during his visit to Jamaica next month.

The 27-year-old helicopter pilot will visit the Caribbean island as part of his Diamond Jubilee tour on behalf of his grandmother, Queen Elizabeth II. Harry intends to challenge the 100m world record-holder to a “fun” race at Bolt’s training track in Kingston.

A royal insider told the Daily Telegraph: “The prince and Usain Bolt are keen for it to happen.  Because the visit is at a critical time in the run-up to the London 2012 Games, the whole thing will depend on Usain Bolt’s training schedule, which the prince obviously doesn’t want to interrupt.”

Perhaps British sprinters would appreciate an interruption in the great runner’s training as it might give them some chance to defeat the Olympic champion. We all watched as Bolt destroyed the competition to win 3 gold medals in Bejing at the 100m, 200m, and 4x100m relay. Bolt’s performance was so amazing that he set world record’s for all 3 events (with the help of the Jamaican team in the relay) at the time.