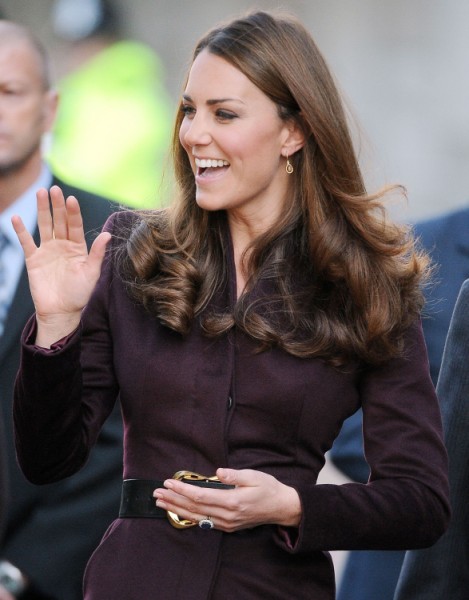 It’s no surprise that Prince William and Kate Middleton want a baby and, if some reports can be believed, they might be trying for one right now. But this baby is already gaining gigantic responsibilities. Not only will it one day be the figurehead of a constitutional monarchy (which very little power, if any at all) but it will also save its mother from her topless scandal and revive her crotch flashing image. Hurry up you lazy baby! You’ve got work to do!

“Kate is very aware of her public image,” a source told Showbizspy. “She was worried the topless pictures might affect the way people see her. She’s very proud of her status as a down-to-earth fashionista, and she’s looking to hold on to it! Kate and William are longing for a baby. And Kate knows that if she did get pregnant, it would make news around the world — and detract away from the picture scandal. It’ll be win win.”

Now see Kate? This is what topless scandals do to you. You can’t even want a baby without ulterior motives! But she’s right. The baby saves all… for a time. If she thinks we’re all going to forget about her boobs then she’s in for a rude awakening. We will never forget!

What’s interesting is that Kate has seen a backlash since the scandal. I was talking to CDL’s Dr. Jody and he mentioned that post-scandal, people don’t seem to be as interested in Kate. The English rose has lost its bloom, as it were. Will a fat wrinkly heir bring it back? This really shows how the monarchy is truly the greatest show on earth. It has to be to have lasted this long.

So we have no more blushing bride persona. That’s cool. Kate was too old for that role to last long anyway and we all know she’s a fan of her caked on make-up. But I can’t help but be reminded of one of the greatest quotes from Marge Simpson’s mother. When a young Marge asks her if she can wear more rouge, Mrs. Bouvier says: “Ladies pinch. Whores use rouge.” Brilliant.

Do you think there are ulterior motives in Kate Middleton trying to get pregnant or is Kate oblivious to the talk?