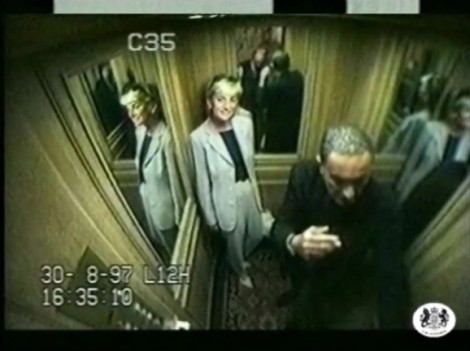 There’s never a drought in Prince Diana conspiracy theories. Even 15 years after her untimely death, people have a hard time believing she could have up and died that quickly. Death by paparazzi chase. She couldn’t have written herself a more ironic ending which is why Australian-based writer John Morgan isn’t buying it. In his new book, Paris-London Connection: The Assassination of Princess Diana, Morgan reveals 26 key witnesses perjured themselves and participated in a cover-up of Diana’s death under orders from senior royals.

Morgan concludes the crash was orchestrated by the British intelligence organisation MI6 on the orders of senior figures in the royal family. He reveals the massive degree of state-authorised corruption in the French and British police investigations, and in the London inquest headed by Lord Justice Scott Baker.

Morgan reveals that MI6 officers, agents, and other witnesses representing the British and French authorities, were allowed to lie at the inquest, with no expectation that they would ever be held liable. He names 26 important witnesses who committed perjury, and should have been required to account for their false testimony.

The new book also addresses the critical role played by senior MI6 officer, Sherard Cowper-Coles, who controlled the Paris side of the massive operation. Cowper-Coles went on to become the British ambassador to Israel, Saudi Arabia, and later Afghanistan. Despite his key role in the MI6 operation, Cowper-Coles was not heard from at the inquest and has never been officially interviewed about the case.

Other vital issues covered in Paris-London Connection include the shocking delay in getting Princess Diana to a hospital following the crash. Morgan reveals that during the hour and 43 minutes between the crash and hospitalisation, the ambulance doctors took actions that deliberately hastened her death. Morgan states that the doctors, Jean-Marc Martino and Arnaud Derossi, “effectively murdered Diana in the back of their ambulance. Six minutes after arriving at La Pitié Hospital Diana took her last breath”.

Morgan demonstrates that close cooperation between the French and British authorities – including their intelligence agencies – was critical to the success of the assassination, and to the huge cover-up that followed. He also reveals that British Prime Minister Tony Blair had prior knowledge of the killings, and has subsequently lied about the content of his final conversation with Diana that took place at Chequers just weeks before her death.

You want to believe the book, right? There are all these missing pieces that Morgan seems to cover. Why did the ambulance wait so long to get Diana to the hospital? I kind of want to pick it up and see what Morgan has to say. But I’m so gullible for stuff like this. Most of the time if you tell me there’s a conspiracy going on I’ll believe you! But on the other hand, people like mystery. They like intrigue and never quite want to believe that people are prone to mistakes. I can just as easily believe a series of tiny f-ck ups led to Diana’s death, no more, no less. Because now that I look back on it, where’s the motive in killing her? At this point in her life she was relatively quiet. She wasn’t giving salacious interviews anymore or b-tching about the Queen or Prince Charles. She was living her life and doing charity work. Sure, she was living loudly I suppose, but she wasn’t living loud enough to get killed over. Or was she?

Ahhh! I just don’t know. Motive is everything and I just don’t see it. But that isn’t going to stop me from perusing these pages. Those senior royals can play dirty. Just ask Kate Middleton!

Do you still have a smutty feeling the palace was behind Prince Diana’s death or are we just afraid to let her rest in peace for good?