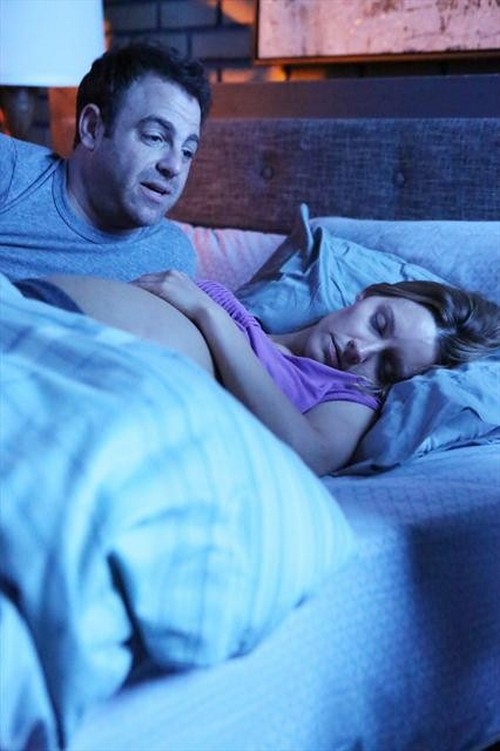 Tonight on ABC a whole new episode of PRIVATE PRACTICE airs called “Life Support.” On tonight’s show Cooper embarks on a journey into Parenthood. In an episode told from Cooper’s point of view, we follow him from the moment of conception through a nasty fight with Charlotte.

On last week’s show upon hearing that he had to meet with Henry’s social worker during a home visit, Jake feared that an incident in his past would come to light. Meanwhile, Addison became skeptical of Jake’s needy patient and James continued to pursue Amelia. Did you want the episode? We did and we recapped it here for you!

On tonight’s show In an episode told from Cooper’s point of view, we follow him from the moment of conception through a nasty fight with Charlotte, which inadvertently threatens the lives of their triplets. Meanwhile, Violet comforts a friend who is being advised to take her partner off life-support.

Tonight’s recap: Tonight’s episode is walking the thin line that separates life and death. We’re living through bits and pieces of Charlotte’s pregnancy as seen through Cooper’s eyes. He is lost in baby land and she is as abrasive as ever. She says she knows all the risks but refuses to reduce the pregnancy from triplets to twins, even though it could ultimately save her life. Losing one fetus could save the other two and Charlotte. Cooper wants to do it but feels like Charlotte needs to have the final say.

Violet is still in grief mode and vents to Cooper who feels guilty because as he hugs her he realizes he hasn’t heard a word that she said. He’s thinking new babies while she is grieving her husband.  Violet does have Gabi, a woman from her grief group that is slowly losing her partner. Gabi is racking her brain trying to remember little details of her relationship, things that her girlfriend would remember, if she could communicate.

Charlotte is perpetually miserable and while Addison and Cooper jump up and down over an ultrasound that reveals she’s carrying three girls, she wonders what the hell she’ll do with three of them.

Seeing the couple get thrown out of a Lamaze class is probably one of their best scenes ever.  Charlotte is talking sex swings while the teacher is telling everyone to breathe in love and breathe out pain. Charlotte and Cooper leave only to get busted having a quickie in the bathroom.

Violet brings a neurosurgeon friend in to take a look at Gabi’s girlfriend and Gabi walks in as she is saying that the girlfriend is never going to wake up. Gabi throws them both out of the room and later tells Violet that two other doctors have told her the same thing but she’s just not ready to let go yet.

At 26 weeks Charlotte goes into labor with the triplets. Cooper is freaking out saying that this was not how it was supposed to be. She was supposed to hang on for 6 more weeks and then everything would be okay and he would help her through. Now Charlotte and all the babies are at risk. One of the babies has to be delivered on the spot. The baby needs surgery and it looks like delivering the one early may save the other two.  Cooper rushes off to be with the baby as Gabi finally pulls the plug and says goodbye to her girlfriend.

Cooper is a wreck as his baby goes through heart surgery and he regrets not fighting to reduce the number of fetuses earlier on. Now he is fighting to step up and be strong for everyone. Charlotte is down for the count and can’t even see the little daughter she delivered so Cooper is holding vigil at her side. He tells the baby the whole family history and how she has to make it because she needs to meet her mom. The episode ends with Mason wishing his baby sister a happy birthday and Cooper telling Charlotte that the baby is still alive. Tune in next week to see what happens next!