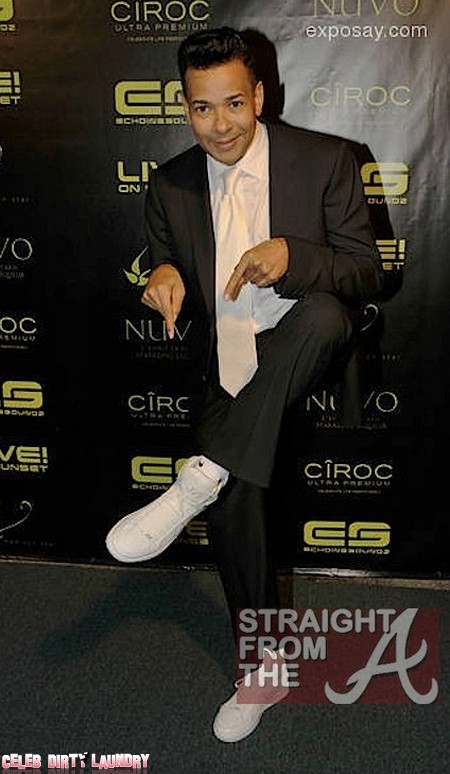 Raffles van Exel who had a mysterious relationship with Whitney Houston is planning to present himself to the Beverly Hills Police Department with his lawyer later this week.  Raffles claims that he wants to certain that he not part of the police investigation into Whitney’s death.  Reports have been circulating for a couple of weeks that Raffles is the person who both removed cocaine from Whitney’s room after she died and secretly took and sold the famous uncensored photo of Whitney in her coffin.

Evidence emerged last week that a $1000 bag of cocaine was removed from the bathroom where Whitney was found dead and suspicion for the ‘cleaning job’ rests heavily upon Raffles.

Police investigating Whitney Houston’s death are not saying whether or not cocaine was removed from the singer’s room after her death.  They did report last week that traces of cocaine were found in Whitney’s room at the time that they were called to the seen.  However Beverly Hills PD detectives apparently are not investigating rumors that someone removed cocaine from the room.

TMZ exclusively reports: Whitney Houston‘s close friend — Raffles van Exel — is “extremely relieved” he is not in the crosshairs of the Beverly Hills Police Department in the singer’s death investigation.

Several reports were posted this week that someone removed cocaine from Whitney Houston’s hotel room before authorities arrived, and the reports say cops were targeting van Exel.

The stories are not true, because we know authorities actually found cocaine in the Beverly Hilton hotel room and cops are satisfied they have all the evidence they need to close the case.

Our sources assure us … there is no investigation focusing on anyone removing evidence from the hotel room.  As for van Exel … we’re told he’s going to the Beverly Hills PD next week with his lawyer to make sure they’re square with him.

Raffles is a man of some mystery.  Who is he really and what role did he play, if any, in the cover up surrounding Whitney’s death?