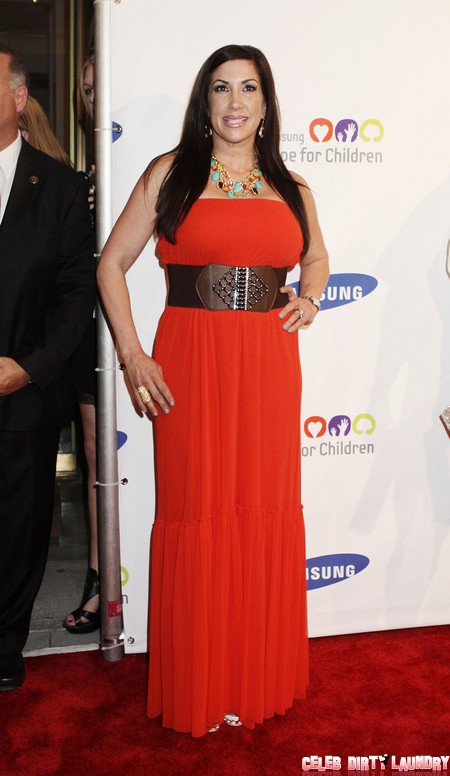 Jacqueline Laurita accepted her invitation to The Real Housewives of New Jersey Season 4 Reunion and more than made up for last year’s absence by speaking out against fellow housewife Teresa Giudice and her husband Joe Giudice and his current legal troubles. In an intimate group interview with Bravo’s mediator in residence Andy Cohen, Laurita opened up about her frustrations with the Real Housewives of New Jersey including rival Teresa.

Laurita explains her anger towards Teresa for bullying her into revealing secrets about fellow housewives Melissa Gorga and Kathy Wakile. Teresa, of course, denied having said anything about any other housewives or their alleged careers as strippers. But gossip wasn’t the only point of attack during the reunion special.

After flinging accusations and raising voices, Laurita took the reunion special in its awkward direction when provoked by a familiar conversation for the New Jersey ladies, strip clubs. A source reports that,“When Joe Giudice revealed that Jacqueline’s husband, Chris, told him that he met Jacqueline in a strip club, Jac got defensive. And when Joe wouldn’t let go, Jacqueline really reached her limit.”

Laurita’s temper boiled over and after screaming, “You’re a piece of lowlife shit, and I hope you go to jail,” Mr. Cohen hastily jumped to commercial. Laurita was referring to the possibility of Joe receiving up to ten years in prison for his attempt to illegally obtain a driver’s license.

We reported right here at Celeb Dirty Laundry that, “Joe rejected a plea deal for fraudulently obtaining a driver’s license. According to New Jersey authorities, Teresa’s husband used his brother Pietro Giudice’s identification (marriage and birth certificate’s) to obtain a new license shortly after his own was suspended due to a DUI charge in early 2010”.

Laurita and her real housewives have had personal details revealed throughout each season of the reality program, and this year was no different, but these ladies are going to have to slow down on outing each other soon. If their hair and skin are any indication, there isn’t much time left.