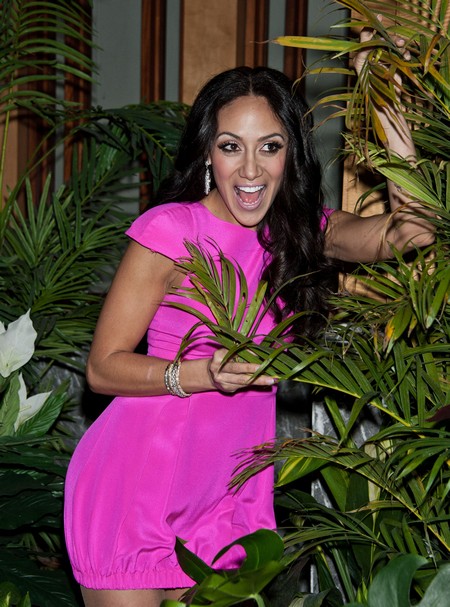 Most people would go out of their way to protect their family and do what ever is necessary to keep their kids out of harms way.  Unfortunately, “most people” does not refer to Real Housewife of New Jersey’s Teresa Giudice, so says her sister-in-law, Melissa Gorga.  In a recent interview Melissa has stated “If reality TV is causing her family a lot of stress, then she should walk away. But I don’t think she’s there yet.”  This comes in the wake of the Real Housewives reunion in which Teresa Giudice and her brother Joe Gorga got into a nasty argument and have yet to speak to each other since.

Teresa recently admitted “Fame has ruined my family.”  Her daughter, Gia, has also admitted to being teased at school due to her mother’s antics on the show.  Being the true narcissist that she is, Teresa Giudice has signed on for another season of Real Housewives of New Jersey leading many to speculate whether or not she has her family’s best interests at heart.

Like I said, most people would go out of their way to protect their family.  Teresa’s love for the spotlight is in fact hurting the people she claims to love the most, though I have long suspected that all of the Housewives, regardless of which city they are taping in, care only for themselves as is evident here.  The moment they agreed to be on a reality TV show, a reality show in which cat fights are the norm, is the moment they let go of any privacy and safety in their family’s life.  More so for Teresa, who has the most overly-dramatic personality on the show.  Of course, no one’s going to tune in if everyone on the show is happy as can be and the best of friends.  At least no one I know…