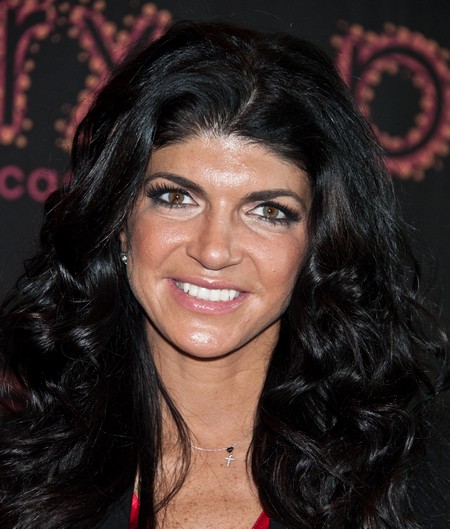 Did you watch the episode last night on ‘Real Housewives of New Jersey?’  (see our AWESOME recap here) Well I did, and you want to talk about stupid family drama, Giudice Drama!  That much to do about nothing argument that Teresa Giudice and her husband had in their car is nothing more than a couple fighting.  Teresa Giudice fights dirty but nothing to get excited about.

I’m sorry but I’m sure it didn’t offend anyone that lives in NY, NJ and PA because sometimes that’s how we talk when we fight, sorry.  I was not offended by it in the least, normal, what do you want, I grew up in Brooklyn.  Joe Giudice is tired of hearing about the drama between Teresa and her brother, Joe Gorga and his wife Melissa, which I might add she is actually causing herself.

Also Joe Giudice is up for charges for falsifying his driver’s license which could send him away for up to 10 years, that causes a lot of stress, so he doesn’t really need more.  Especially with stupid drama that could be squashed easily.  But Oh No!  Teresa actually had the nerve to tell her brother that, “if another man came around Melissa that had more money than him she would go with him.”

Then when confronted by Melissa she got angry that her brother had told her, Dah! Stupid one couples talk.  Anyway despite all this animosity Teresa and her brother, Joe, agree to attend co-star Jacqueline’s family field day.  At the family field day her spoiled daughter Gia acted up very badly and did Teresa discipline her, not so much.

The child spoke inappropriately to adults that were trying to calm her down from her tantrum and all Teresa did was condone the behavior.  This is a hot mess Teresa calm down!  (But I know this was already taped)  But you still need to cool it!  People are still talking now!