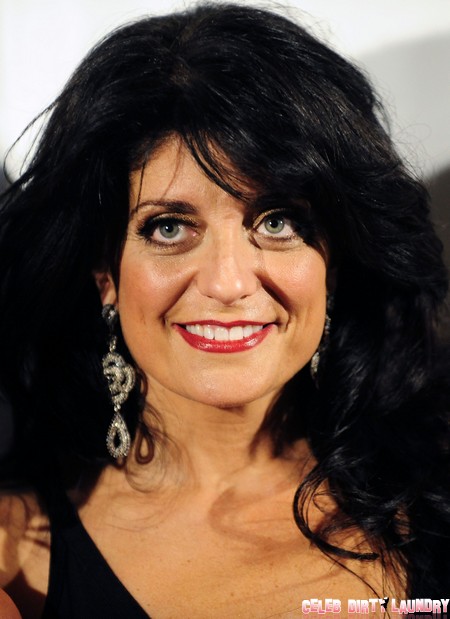 If you caught the second part of The Real Housewives of New Jersey reunion show then you saw Teresa Giudice rip into her cousin, Kathy Wakile.  She disrespected her marriage, her looks, her cooking- absolutely everything about Kathy was completely ripped apart until finally she cracked and stooped halfway to Teresa’s level. Kathy swung insults at Teresa and admits to apologizing before she even left the Bravo couch. The mean girl stance isn’t Kathy and I’m not surprised that she needed to do the right thing (by her own standards) and at least issue an apology. After the show aired Kathy took to her Bravo blog to clear the air. She may have apologized, but that doesn’t make things one bit better between her and Teresa. She hates her just as much as the viewers do, probably more!

“We sat on those couches for over 12 hours, and it was a battle to be able to finish a complete sentence without the constant rude interruptions from Teresa! You can’t imagine how terribly frustrating it is to be asked a question, try to give an answer, and be continually interrupted by someone who truly has no idea what they are talking about! I find it amazing that the person who has the most difficulty maintaining any semblance of a healthy relationship claims to be the expert on my marriage, my relationship with my sister Rosie, and the relationship that existed between my father and his daughters. How does she come up with this stuff”

I like Kathy and I intend to believe her. She is the one housewife with no reason to lie and nothing really at stake. She and Teresa have had a dicey relationship for years whether the cameras rolled or not. It’s who they are and how they communicate. We’ve all been in the same situation where we’re trying to speak and that one idiot that knows nothing about anything keeps interrupting. In this instance the idiot was Teresa and the camera happened to be rolling.

Kathy may have apologized but nowhere in there does she say that things are okay between them now. In the year since the reunion was actually filmed Teresa has done nothing to repair their busted relationship, or Kathy would mention it. Instead she tells about making peace with herself and keeping the idiots at bay. Do you think Teresa will ever have even a cordial relationship with Kathy again or id this done? Tell us your thoughts in the comments below! And don’t miss our live recap of The Real Housewives of New Jersey Reunion Part 3!