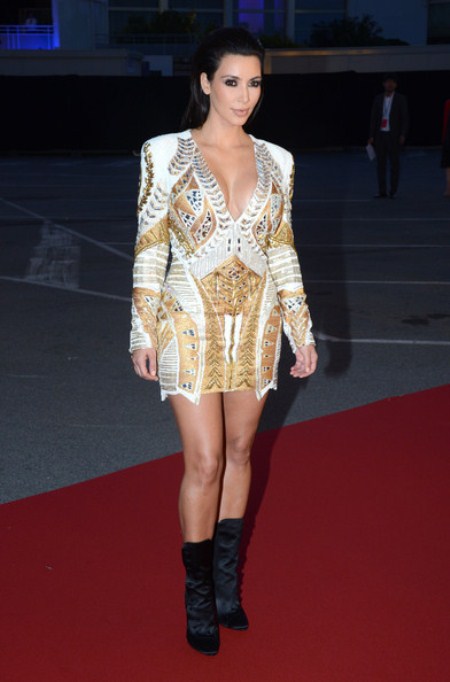 We all knew that Beyoncé was supposed to bring out Kim Kardashian on stage at her concert in Atlantic City, but after all the negative comments she saw about this she decided to change her mind and not have Kim on stage with her after all.

Since Kim couldn’t be on stage, she decided to go ahead and crash back stage and take pictures with Beyoncé’s back-up singers for the concert, which she then Tweeted. Information from MediaTakeOut.com says that Beyoncé and her people are furious at Kim for doing such a thing. Can you blame them? If Kim was invited, she could have politely waited to see Beyoncé and not crash backstage and shove her face in front of the cameras to pose for pics, what a fame whore? This concert was about Beyoncé and her return to the limelight after giving birth to Blue Ivy, shame on Kim for making it all about her!

Although, does this surprise me much? No, Kim just loves doing this kind of crap so she can be more famous. She doesn’t care about what other people think or what kind of affect it’ll have on other people, as long as she gets some kind of gain from it, she’ll take it.

Beyoncé made the mistake of even having Kim there, she may be the girlfriend of one of her husband’s best friends, but I don’t see why she has to be friends with her. She can just tolerate her from a distance and only talk to her when it’s necessary, this whole buddy act is so fake and so obvious.

Beyoncé doesn’t have to take Kim to her concerts just to act it all out, it would be much better at some stupid event that they both so happen to be going to. What I don’t understand is why Beyoncé is trying too hard to build this fake relationship with such a b*tch.