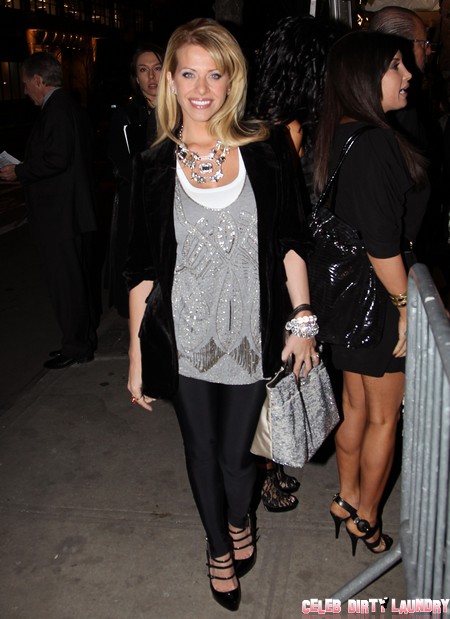 Last night on the Real Housewives of New Jersey, we watched the ladies recover after their totally not relaxing trip to California. If you missed it, you can read our live recap here. Basically, Teresa Giudice talks to all the other housewives about how she was in the right and Caroline was out of line. A few agree, joking that only grade school kids say things as trivial as, “I don’t want to be friends anymore,” but Jacqueline Laurita and Kathy Wakile confess that they don’t see it entirely as water under the bridge.

At the launch party for Teresa’s new wine, Fabellini, (to which Jacqueline was not invited!) Teresa chats with Dina Manzo, who is the much younger sister of Caroline Manzo. Teresa explains what happened in Napa (and obviously what didn’t stay in Napa), and asks Dina to see her point. Dina, instead of standing up for her sister, completely throws her under the bus! She basically says that none of Caroline’s fighting points were valid, and that Teresa needs to move on, forget Caroline, and live a drama-free life!

We aren’t used to such honesty on any of the Housewife shows, so it was pretty shocking! Dina continued, encouraging Teresa to cut contact with her big sister. Teresa tries to neutralize her comments by saying that blood is thicker than water (a proverb that translates to: family (blood) is stronger than friendship (water)). Dina just shrugs and goes, “not always.” WOAH DINA. Trust the part-time guest to stir up trouble. We know that Dina and Caroline are only two of eleven kids, but didn’t expect such total abandonment! It’s nice to see people speak their minds on the show, instead of beat around the bush and have instant guilt whenever a mean word is said!

We’ll see what this means next week. Knowing Teresa and her even bigger mouth, I doubt Dina’s loyalty will stay secret for long. My guess is she’ll throw a party to announce that Caroline’s sister basically thinks she is crazy! Did your jaw drop when you saw Dina speak with such reckless abandonment? 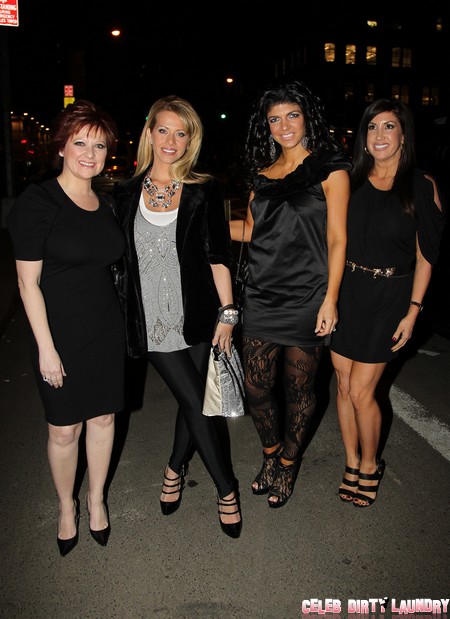