Ring Of Truth To Hobbit Criticism As Peter Jackson Responds 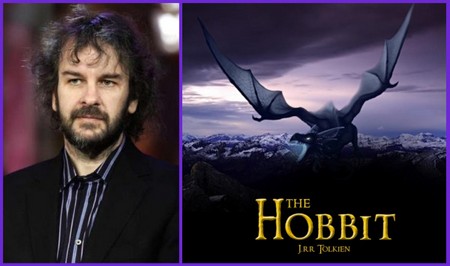 One of the most interesting things from CinemaCon this past week was the reaction of those who saw the ten minutes of The Hobbit footage screened at the event but Director Peter Jackson is not worried… or so he says. The film is being shot at a high rate of 48 frames per second instead of the usual 24, and there’s no doubt that there’s a huge difference. Not all of the attendees of CinemaCon were all that happy with this change.

Peter doesn’t seem to be all that concerned about the criticism he received and in his opinion, moviegoers will one day come to accept 48 fps, so they need to get used to it.

Peter Jackson knows that 48 fps “does take you a while to get used to.” He actually wonders if viewers would have had a better reception if they had seen more 48 fps footage “Ten minutes is sort of marginal, it probably needs a little bit more. Another thing that I think is a factor is that it’s different to look at a bunch of clips and some were fast-cutting, montage-style clips. This is a different experience than watching a character and story unfold.”

He mentioned that some of the critics didn’t really mind the higher frame rate when it came to the scene between Gollum and Bilbo, which was shown later on in the presentation. “That was the same 48 frames the rest of the reel was. I just wonder if it they were getting into the dialogue, the characters and the story. That’s what happens in the movie. You settle into it.” He insists that people will adjust in to the higher frame rate in time. “It’s literally a new experience, but you know, that doesn’t last the entire experience of the film not by any stretch, just 10 minutes or so.”

His personal thoughts to it “You get used to it reasonably quickly.” “We have obviously seen cuts of our movie at 48 and in a relatively short amount of time you have forgotten (the frame rate change). It is more immersive and in 3D a gentler way to see the film.” He also mentioned about how he sees 24 fps footage now “I’m very aware of the strobing, the flicker and the artifacts.”

Peter Jackson is still planning to release the trailer at the lower 24 fps rate “I personally wouldn’t advocate a 48-frame trailer because the 48 frames is something you should experience with the entire film. A 2 1/2 minute trailer isn’t enough time to adjust to the immersive quality.” He asked that audiences give the new technology a chance before rushing to judgment. ”There can only ever be a real reaction, a truthful reaction, when people actually have a chance to see a complete narrative on a particular film.”

If some movie goers, after seeing the whole film in 48 fps, decide that they still don’t like it he said that there’s nothing he can say, he said ”Just like I can’t say anything to someone who doesn’t like fish. You can’t explain why fish tastes great and why they should enjoy it.”