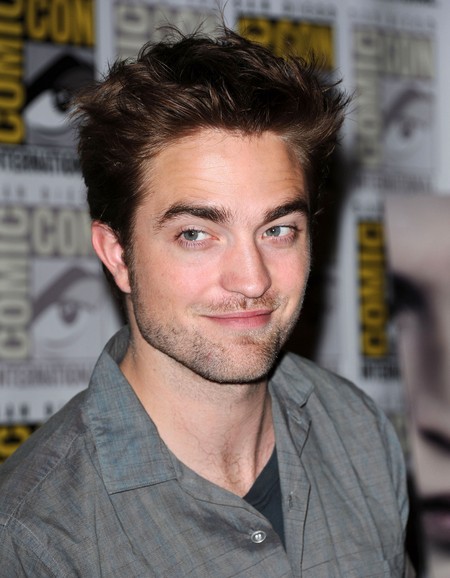 Don’t get me wrong, if I were one of the biggest names in Hollywood right now I would have a hard time going out for any type of event. Add to that equation that your significant other was cheating on you and the whole world now knows about it. If you are Robert Pattinson what are you to do? Cancel your first public appearance post-split scandal to avoid harassing questions that’s what! And that’s exactly what he is doing.

Pattinson, 26, isn’t quite ready to face the media after pictures surfaced of Kristen Stewart, his girlfriend of 3 years, in the arms of her Snow White and the Huntsman director, Rupert Sanders. Pattinson just cancelled his upcoming U.S. press tour for his upcoming starring role in the David Cronenberg directed film Cosmopolis. No word yet on whether Pattinson will be attending the New York City premiere which is taking place on August 13th.

The former Twilight couple have since moved out of the home that they had shared together and are not of speaking terms. Who can blame him? It’s bad enough to go through a breakup with someone, but then add one of them cheats and they are both in the public eye, that enough for me to stay in my seclusion forever.

So will the Pattinson fans come out in droves to see Cosmopolis? Will cancelling the press tour be enough of a tour itself with all the news that has since come out? I wonder if Pattinson even cares enough to do any promotion for the film since his world has flipped upside down? While it’s hard to sort out one’s emotions, especially with everyone watching and hearing about it, I can only hope it doesn’t hurt his career. I wouldn’t want to be known as a Sparkly Vampire whose girlfriend publicly cheated on me. Awful, I know.  And now we hear that the TRAMPIRE might be pregnant…