Robert Pattinson And Kristen Stewart Moving Out And Moving On 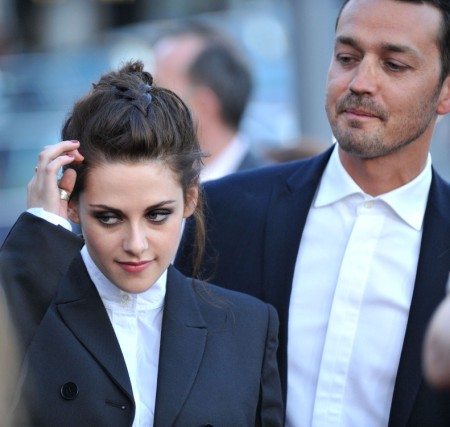 It doesn’t look like there’s going to be a reconciliation between Kristen Stewart and Robert Pattinson any time soon. A U-Haul truck was spotted sitting outside the couple’s $6 million Los Angeles home yesterday clearly indicating all is not going well with the Twilight sweethearts.

CDL already reported that Robert dumped Kristen but the U-Haul sighting makes the break up a little more final, no?

Add the truck to the piling doomsday stories involving the pair including Rob’s refusal to even talk to Kristen (although he does apparently want to talk to her 41-year-old lover Rupert Sanders) and the fact that he was just weeks away from proposing before he heard the devastating news! This is actually pretty sad because The Mirror reports Rob thought the house he shared with Kristen was going to be the first house they shared as man and wife.

“Robert hoped to marry Kristen and was making preparations to spring a proposal before she admitted cheating. He had bought the house in Los Angeles to be their home and saw them staying there for a long time,” a source said. “Now Rob is angry – he’s left the mansion and not spoken to her since. They have exchanged heated text messages only.”

Poor Rob! He created a love nest and Kristen threw a boulder at it and smashed it to the ground! Do you buy that Rob was super close to proposing? I don’t. I never got that vibe with them (though I didn’t think they were a showmance either). They just always seemed like they were happy with the way things were and weren’t in any hurry to run down the aisle. Obviously, I was totally wrong in my assumption because Kristen got dirty with a dude 20 years older than her in her tiny car in an abandoned parking lot.

Let me know what you think! Is the U-Haul a sign for all of us that Rob and Kristen’s relationship is beyond repair or are there some hopeless romantics out there who think the couple just need time apart to clear their heads?