Robert Pattinson Surprised Kristen Stewart With An Apartment In Paris 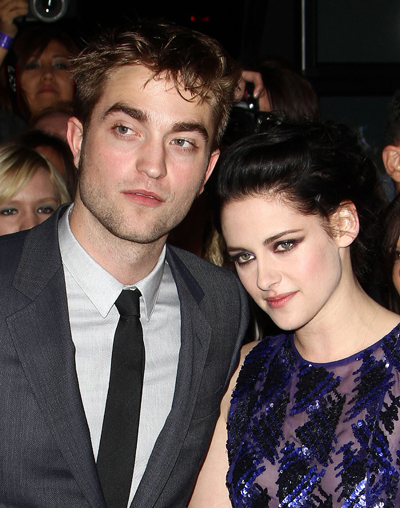 Oh la la! Robert Pattinson may just be one of the most romantic boyfriends in the world.

According to RadarOnline, the 25-year-old actor, who stars in the upcoming film Cosmopolis, recently spent a cool $1 million dollars for an apartment in Paris as a surprise for his lady love and Twilight co-star Kristen Stewart.

Supposedly, the couple’s conflicting work schedules mean they haven’t bee spending much time together as of late, and according to a source, “Kristen’s been really down about it.“

However, instead of flowers or chocolate to cheer her up, RPatz bought a little pied-a-terre in the City of Lights instead.

“Rob told her they should take a few months off later this year to enjoy Paris,” added the insider. “Kristen is so excited! She feels it’s big sign that he’s committed for the long term.” Related: First Picture From Twilight Breaking Dawn Part 2 Released

Could an engagement be on the horizon? Sure, Kristen is only 21, but she certainly wouldn’t be the youngest bride in recent Hollywood history if she and Robert were to walk down the aisle later this year. (Courtney Stodden takes that dubious honor.)