Robert Pattinson NOT Gaining Weight After The Twilight Saga 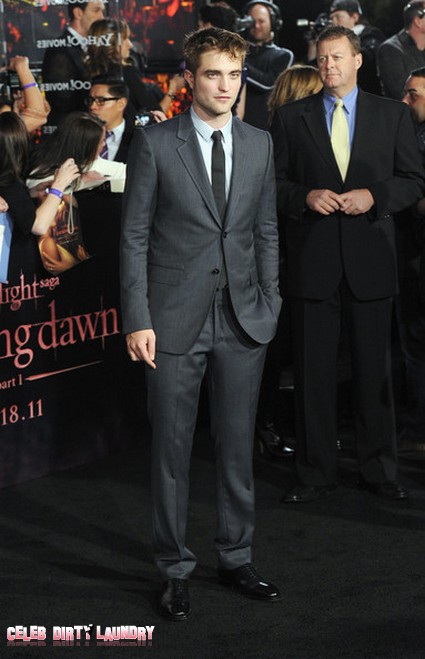 Once again bottom-dwelling blogs are trying to capitalize on falsehoods – reporting that Robert Pattinson is gaining weight uncontrollably and putting on the pounds now that filming has been completed for the Twilight movies. But Gossip Cop reports that a production source tells them “there was no sudden weight surge for Pattinson during Breaking Dawn,” nor any following apparenty.

Apparently Kristen Stewart won’t have to whip Rob back into shape because he never lost his form in the first place.  Gossip Cop continues to make their case against the truth of Rob’s weight gain:

Moreover, the notion that Pattinson is thrilled to be a slob now that he’s done playing Cullen makes no sense whatsoever, given that he’s continuing to make movies.

A source close to the actor tells Gossip Cop that while it’s no secret Pattinson isn’t a huge fan of working out, he’s not stuffing himself silly, as Star declares.  The fat rumors were started by Star Mag when they wrote:

‘Robert Pattinson is ecstatic that his days filming The Twilight Saga are behind him, now he can go back to enjoying his favorite indulgences: pizza and beer!’

Star went on to say that the lighting on the set of Breaking Dawn had to be adjusted to cover up a sudden increase in Rob’s weight due to overeating!

“By the last week of the shoot, Rob had gained so much that they had to keep making the beach scenes darker and darker so you couldn’t see his beer belly,” alleges the Star’s putative source.

Anyway – Rob’s weight gain seems to be nothing more than a typical case of desperate blogs reaching for something with which to boost their numbers, regardless of the veracity of what they write.