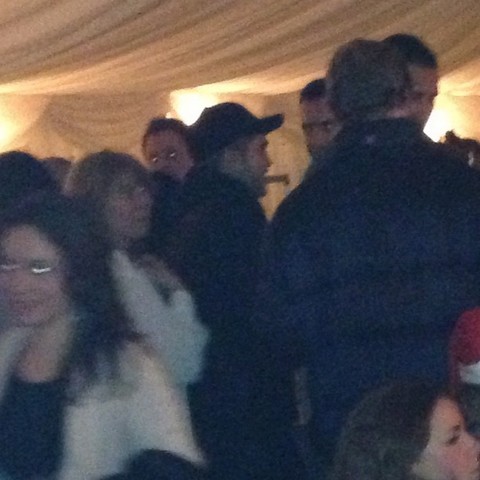 It’s that wonderful time of the year again and Robert Pattison seems to be enjoying one particular Christmas gift more than any other: his freedom. Against the backdrop of the Twilight franchise reaching its inevitable end, Robert and Kristen Stewart are following a similar fate. The two haven’t been photographed together much since promotion winded down for the last movie and Robert was caught drinking alone in London on Christmas Eve.

As always, the intrepid sleuths who came upon this discovery where Twitter users and were very quick to share their findings of RPattz on the social media site. They even provided photographic proof to go along with the tweets.

“R patts at the sun inn #wotusayintwilight,” one fan tweeted.

‘Standing next to Robert pattinsn in a pub,” another wrote.

“Yes that’s Robert Pattison in the black hat in my local!” another shared and followed up with, “Better pic of Robert Pattison! What a handsome fella!”

The sighting was one to behold and even more gossip worthy since his shadow that is Kristen was nowhere to have her picture taken by fans with cell phone cameras. She could’ve had her privacy invaded alongside her beau, but K-Stew is apparently celebrating the holiday in the States. She could have prior commitments in Los Angeles, but the British notoriously maintain their stiff upper lip and it’s been reported that Robert’s sisters do not care for Kristen after she cheated on him. Kristen’s public groveling and reunion with Robert has not changed their low opinion of her.

The holiday season may be reason enough for some to let bygones be, but you have to admire a family that stands by its principles and grudges.