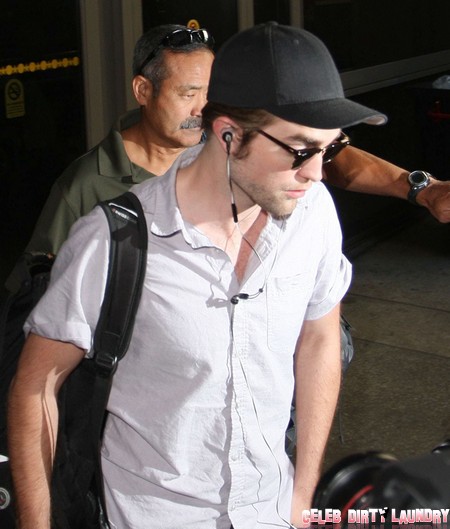 We might have just eaten our hats. Robert Pattinson, the die-hard vampire, is interested in doing Fifty Shades of Grey. Assumptions are dangerous, dear reader. Pattinson isn’t interested in playing Christian Grey, the dominant pseudo-erotic. Pattinson is interested in writing a trilogy of novels that would resemble E.L. James’ smash hit trilogy. Freudian quips and slips aside, Pattinson won’t have a dominant male protagonist in his novels, nor would Pattinson be wearing the pants in his quasi-intellectual foray into eroticism, the female will.

Hope, at Celebs Gather, asked the most important question of all, “Has Rpatzz given the world a peek into his secret psychosexual nature?” Wouldn’t that be fun, dear readers? Wouldn’t it appease our greatest Pattinson desires? Might we soon know what floats the vampire’s shaky boat? Pattinson was recently interviewed and asked, “If you were to write a book, what type of book would it be?” He answered, “Surely something like Fifty Shades of Grey. I would really like to that and invert the roles: making the woman the one who punishes the man. It’d be so much fun. Something like Misery, but really he loves to be in that situation.”

If you’re not familiar with Misery, imagine your drunken neighbor breaking your leg, tying you to a bed, and keeping you as her pet. Imagine Kathy Bates, Stephen King, and more eye-shattering pain than you’re able to stomach. Whilst this type of “punishment” might turn-on Bruce Jenner, we’re still wonky on the mental image of Kristen Stewart hitting Pattinson with a broom and screaming, “You gon’ get it before twilight! You gon’ get it before dawn! You all tied-up, with nowhere run, hon! What you gon’ do? Huh? You gon’ break my broom?” We just vomited in our mouth a little bit. Pattinson is already being beaten and left for dead by the film industry, so if that whole acting thing doesn’t pan out, we might see a brand spanking (excuse the pun) new Fifty Shades novel – “Fifty Shades of Broom”.