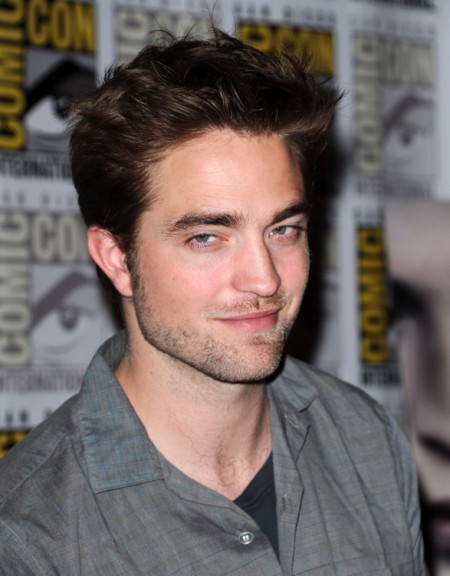 Kristen Stewart might need to amp up her “Get Robert Pattinson Back” strategy because the actor hasn’t been content to just stay at home and pine, in fact, he’s turning to an old girlfriend who’s made it very obvious that a life with Rob is exactly what she’s been waiting for.

“They’ve always stayed close,” a friend told Look. “Rob and Nina grew up together, lived around the corner from one another in south-west London and come from similar middle-class backgrounds. They even went to Barnes drama club together. She was Rob’s first serious girlfriend. It only didn’t work out between them because he had to move to LA for work. But they’ve stayed friends and she’s been there for him more than anyone else these past few weeks, spending whole afternoons together. Even when he calls her, upset, at 2 am, saying over and over how stupid he feels for not realising what was going on between Kristen and Rupert, she’s there to listen.”

So I’m confused. Is Nina in LA now because that’s where Rob is or are they spending whole afternoons together on the phone or Skype? Did she fly in just to lend her sympathetic shoulder? That’s some kind of a friend. Although even I would agree Rob’s current situation is nothing short of extraordinary, does it seem Nina’s actions seem a little overly-friendly? I don’t think we would necessarily jump to that conclusion if she hadn’t been recorded last year making some remarks that probably made Kristen’s blood boil.

“My ideal guys have been there, but when I didn’t realise it..,” she said. “When I go out with guys I always imagine them 30 years down their life. Like Rob – Rob will be a great dad.”

Not horribly inflammatory, mostly just name-droppy, but if I were Kristen, I wouldn’t have been too thrilled. Just as I’m sure she won’t be too thrilled to hear Rob and Nina are getting closer again because of her betrayal. But that’s what happens when you break the heart of a gorgeous dude who’s in demand. He doesn’t stay single for long.

Do you think Kristen should worry about Robert Pattinson’s ex girlfriend creeping in or is Nina just doing what any good friend would do? Let’s say Rob and Kristen don’t get back together, how long do you think before he moves on?