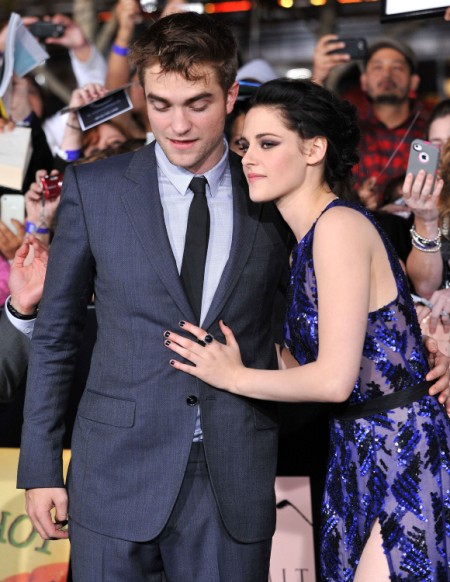 Kristen Stewart is starting to get desperate and pulling out all the stops just to get Robert Pattinson in the same room with her. She’s one step away from retyping all the love letters he wrote her over their four-year relationship and then emailing one to him each morning so he can wake up and remember how much he loved her. But then he’d probably read the news and remember she cheated on him in blind sight with her 40-year-old director in her car in an abandoned parking lot and remember he hates her again.

Oh, but she’s not going down that easy! Now magazine reports Kristen is pressuring Rob to return to the Isle of Wight with her. Apparently, the island means a lot to the couple and Kristen thinks the blast from the past is the wake-up call Rob needs to turn his anger and resentment around.

“She wants him to meet her there next week to talk. She’s been doing everything she can to reassure him that her fling with Rupert was a one-off. It seems he’ll relent – she’s still his world,” the source told Now. “Kristen thinks that if anywhere will remind Rob of what they had together, it’s there. They’ve shared happy times on the island and even talked at one point about how it’d be their ideal wedding destination.”

No! Rob, don’t do it! This is a low blow. Make her work for it more! It’s only been two weeks since the scandal broke. Make her at least grovel for two months. Or maybe he’s worried she’ll move on quicker than she’s letting? It’s happened before. I’m telling you, I think Kristen’s one of those girls who can’t be alone. At least, she doesn’t know if she is since she’s been in a relationship since she was 16 or something.

Here’s the deal though. If I were Kristen, I would definitely pull the Isle of Wight trick – especially if I was desperate – which is usually the case after I’ve messed something up. It might just work for her too. The magazine says the two hung out there in 2009 before they made their relationship public and also went back in 2010 to celebrate New Year’s Eve. They’ve even talked about buying a house there. I’m totally jealous. It is a pretty cool place which is why Rob shouldn’t go! How can anyone resist the romantic, jutting cliffs, crisp, spraying surf and cottages that look like they were designed for a Merchant Ivory film? Trick question! No one can resist that sh-t which is why every Keira Knightley movie has at least two out of the three. It’s a couple’s paradise!

Don’t go Rob! Instead, focus on your GMA interview. Focus on Reese Witherspoon’s burgeoning belly. Focus on Rupert Sanders rubbing his pelvis into Kristen Stewart’s back as she leans over that railing after they just got done making out (that photo is so creepy). I’m not saying don’t get back with her. I’m just saying don’t let your hurt feelings manipulate you into getting back with her! Not yet anyway. You’ve been doing so much better! But you’re getting screwed right now Rob – royally screwed – so the last thing you need to do is close your eyes and think of England.