Start The Countdown: Robert Pattinson To Give First Interview In 9 Days! 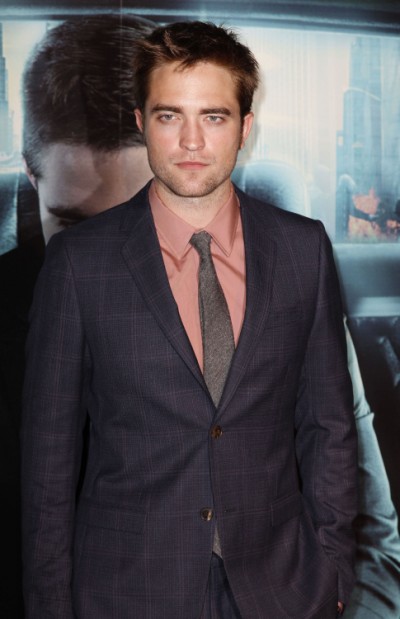 Robert Pattinson is finally going to speak! Radar Online reports Good Morning America nailed the heartbroken actor down for an interview next Wednesday, August 15. But what everyone wants to know is will the morning news show bring up the photos showing Kristen Stewart cheating with her Snow White and the Huntsman director, Rupert Sanders, and subsequent Twilight break up?

I wouldn’t bet on it. In fact, I’m sure his people will get an iron clad agreement from GMA saying they won’t touch it with a 10-foot pole. But how could they not? Obviously, Rob is only doing the show because he’s promoting his current movie, Cosmopolis, but who cares about that?? Well, Rob does which is why he’s doing it. But who else??

Kristen aside, how could the reporter not ask about Twilight? Rob’s known for Twilight. The last movie debuts in two short months. It would be normal, reasonable and expected to ask how he feels about the end looming; if he’ll miss the attention; or even if the Twilight franchise had anything to do with Rob taking on the dark, anti-Edward character in Cosmopolis. It’s not even prying really. If the reporter didn’t bring up his vampire roots he wouldn’t be doing his job.

So maybe GMA will get the greenlight to ask about Twilight but not Kristen. Fine. We don’t care. We just want to see him so we can judge everything during the entire two minute segment like: does he look skinnier? (oh no, he’s not eating!); does he look paler? (oh no, he’s shutting himself in Reese Witherspoon’s basement and only going out at night to get wasted!); does he look sad? That’s what we’re really looking for. Does Rob look sad?

Do you want him to? Let’s look at this from a publicity point of view. Is sad Rob better than arrogant/defiant Rob? I don’t think I want a sad, moody Rob. I’d rather see him look confident with his typical shyness – but definitely not self-deprecating. He loves to be self-deprecating, but since the scandal, it’s not the time or the place. He needs to look cool and calm. Don’t try to be too funny or too happy. He knows we know his life has been sh-t this last month. Just keep it cool and answer the questions. You know the GMA reporter will pull a “How are you doing?” in a concerned voice. He should just smile and nod and say fine. I bet they’ll have a dude reporter, maybe George Stephanopoulos. George isn’t as hip on the celebrity gossip as the other reporters and probably doesn’t know or care anything about Kristen Stewart. I would definitely request George be the interviewer if I were Rob.

Although this will be the first time Rob sits down for a interview, it won’t be the first time we’ll technically see him. You’ll remember he’s scheduled to walk the Cosmopolis red carpet next Monday for the premiere and he’s expressly banned Kristen from coming. That news, along with the interview scheduling and the fact that he was out drinking with friends over the weekend leads me to believe Rob is doing better – not great, but better. He’s taking baby steps forward. He let himself reel for awhile but now he’s getting back to living. I’m no Robsten fan but I wouldn’t wish what that guy went through on my worst enemy. Can you imagine the crowds that are going to be lined up for his premiere? His fans are freakish anyway but this will be ridiculous. But even I will acknowledge that it’s going to come from a good place, more or less. People just want to show him their support. I’m sure he’ll think it’s annoying as hell but hopefully in time he’ll appreciate it.

Are you as excited for his interview as I am? Do you think the reporter will ask about Kristen or have his people already squashed that idea?